German Chancellor Angela Merkel and European Commission President Ursula von der Leyen warned on Thursday that the European Union’s internal borders should not be closed again for freight, despite the increase in coronavirus infections, the dpa reports.

‘I think we all learned our lessons. It didn’t take us long to understand that this affects the single market, the flow of products, ‘said von der Leyen, referring to the automatic border closure reaction in March, at the beginning of the epidemic.

The head of the European executive, on the other hand, said that Union citizens should for the time being limit their travel in the open border area to what is strictly necessary.

In Europe, 1.3 new cases of coronavirus were confirmed in Europe last week, according to the World Health Organization, and hospitals are becoming more crowded.

The first quarantines caused confusion; EU governments and citizens have been taken by surprise and there have been delays in transport even for basic necessities, and sometimes large traffic jams have been created. This time, the leaders want to better inform each other about each other’s intentions through regular video conferencing.

In recent days, Germany and France have announced new traffic bans, and Belgium, Italy and Spain – among other countries – have imposed various restrictions.

But Merkel told European partners that borders must remain open to ensure the movement of goods, a spokesman for the Berlin leader said. “For Germany, as a country in the middle of Europe, it is particularly important to have a functioning economic circulation,” said Steffen Seibert.

Thursday’s video conference also provided an opportunity for Brussels to urge EU member states to step up their efforts to detect and monitor coronavirus cases, after recently warning the 27 countries that they need to work closely together. The European Commission calls for more efficient communication of COVID-19 data, ensuring the compatibility of different tracking applications at European level and the adoption of rapid antigen testing.

Antigen-based tests are faster, but less reliable than the molecular ones most often used to date.

European states must also begin preparations for the vaccines, European Council President Charles Michel told a joint news conference with von der Leyen. In the case of some of the announced vaccines, several doses are required for each patient, and the storage temperatures are different, so it will be very important to organize the necessary infrastructure, he said.

Michel added that identifying priority groups – the elderly, the chronically ill or medical staff – is critical; as well as combating possible misinformation about vaccine safety. 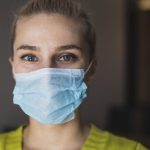 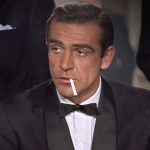