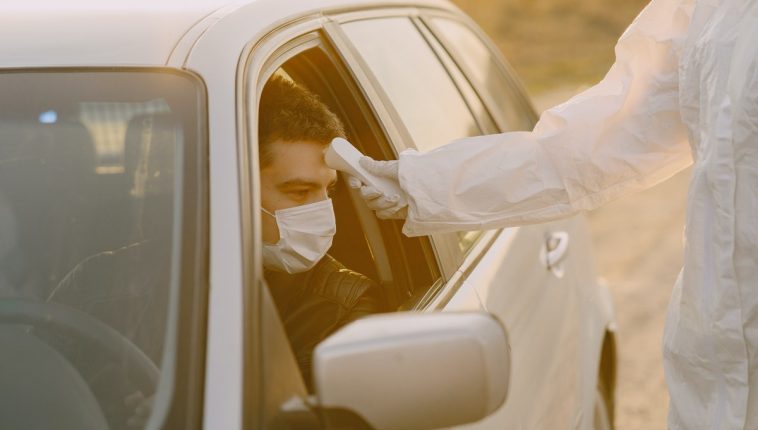 Requirements and potential fines for not wearing a face mask in Germany. (image courtesy of Gustavo from pexels)

Each of Germany’s 16 states have made face masks and nose protection mandatory in efforts to curb the coronavirus. Some states have enforced stricter laws and higher fines than others.

From Monday, April 27 this year. In all federal states it will be necessary to cover the nose and mouth in public spaces. It should be remembered, however, that this obligation is not a federal law, so both the requirements for wearing masks and the penalties for not wearing them vary from state to state.

It is therefore important that you know what measures could be taken against you should you fail to produce or be wearing a face mask.

Earlier this month German Chancellor Angela Merkel made it official that small stores could operate and that masks and other hygiene processes were still mandatory in public places.

The restrictions vary widely from state to state, from not being allowed to enter stores in northern Schleswig-Holstein without a mask, to also making the coverings compulsory in banks and post offices in the central state of Hesse.

Yet a face mask doesn’t just mean a traditional medical mask – many of which are sold out, hard to locate, or even advised against due to shortages among hospital staff.

Rather, it can be any sort of face and nose covering, including scarfs and self-sewn coverings, which Germany’s Robert Koch Institute has said can help prevent a person from spreading coronavirus to others.

The wearing of the mask will also be applicable to young children, those who are at least 6 years old, as they are the least likely to enagage in social distancing and hence can be carriers.

The law especially allows those with respiratory illnesses, people with disabilities who are ot able to take on or off their masks themselves, all patients with medical contraindication to wear masks and young children have been released from this obligation.

Here are the dates in which the mask requirement goes into effect, or has already gone into affect:

Here are the details state by state:

In the southwestern state, mouth and nose protection must be worn when shopping and on public transport, to be controlled through police and staff.

Those who do not wear a mask will first receive a warning, said Minister President Winfried Kretschmann (Greens), and then a possible fine.

Those who don’t wear a mask on public transport and stores starting on Monday will be subject to a fine, according to head of the state chancellery Florian Herrmann (CSU). Offenders can pay €150 if they don’t don one of the coverings on public transport or in shops.

However, shop owners could pay as high as €5000 if they don’t ensure that their staff use masks, according to Bavaria’s updated catalogue of fines.

Both the police and the personnel in buses and trains will then be required to check that the coverings are being worn.

Berlin residents are being called upon to wear a mask on public transport. For those who flout the rules, there is currently no fine. So far, said Berlin mayor Michael Müller on Tuesday, most Berliners have stayed disciplined in abiding by the local restrictions.

The capital of Potsdam was the first in Berlin’s neighbouring state to make masks mandatory in buses, trains and trams, and now the whole state is expected to follow suit on Thursday. A decision on fines, however, has not yet been made.

On Wednesday, northern Bremen became the last German state to announce that masks would be made mandatory for public transport and shopping. No decision on fines has been announced yet, though.

On Tuesday, the Hamburg Senate decided that from Monday onward the wearing of a mask is now compulsory in the Hanseatic City on public transport, as well as when shopping, at weekly markets, and in elderly and nursing homes. No decisions on fines have been made yet.

The Hessian state government has decided to make masks mandatory starting next Monday. Citizens will have to keep their mouth and nose protected when using public transport or entering shops, banks and post offices, according to the state chancellery.

The obligation does not apply to children under the age of six or people who cannot wear a mask due to a health impairment or disability. A repeated violation may be subject to a fine of €50.

The northeastern state was one of the first in Germany to enforce the use of masks on public transport last week. However, on Wednesday, it sharpened its rules to mandate their use in shops, as well. Those who don’t comply can be fined up to €25.

As with several other states, wearing a mask on public transport and stores will be mandatory as of Monday in the central German state. It’s still unclear how much of a fine will be imposed.

As of next Monday (April 27th), wearing a mask while shopping as well as on buses and trains will be mandatory, the state government announced. Fines for violations are not planned for the time being.

Starting next Monday, it will be necessary to wear a mask in in shops and on public transport. This could be a self-sewn mask, a cloth, or scarf, said State Premier Malu Dreyer (SPD) on Wednesday in Mainz. He stated that violators will first receive a warning, and then a fine – though did not yet say what it is.

The eastern state became the first in Germany to make masks mandatory in stores and in public transport, starting last Wednesday.

However, there are no fines for violations – rather the state government says it’s relying on the rationale of its residents to carry out the mandate.

Already on Thursday, the eastern state began enforcing the wearing of a mask on public transport and in shops. As with Saxony, there won’t be any fines for violations.

Starting next Monday, any type of face and nose covering must be worn on shops or in public transport. It’s still unclear whether there will be a fine – and in what amount – for violations.

Residents of Germany’s most northern state who don’t use a mask won’t be allowed to enter public transport or go into stores.

No medical masks should be purchased or ordered from possibly dubious providers on the Internet, advised Health Minister Heike Werner

The university city of Jena in Thuringia became Germany’s face mask pioneer, when it became the first large city in the country to make masks mandatory as of early April, leading several others to follow suit.

Starting Friday 24th of April, residents of the whole state will also be required to wear a mask in stores and on public transport. 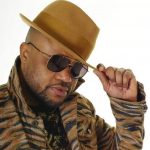 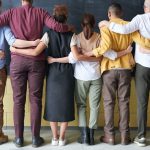