I am a stranger, and this is in the legal sense of the word.

Therefore, naturally, once you have read this letter you will bin it and probably not do anything about it at all given that, in addition to being a stranger, I am neither a resident of the U.S. nor a citizen of your country.

Be that as it may, the happenings in your country affect me personally and directly. 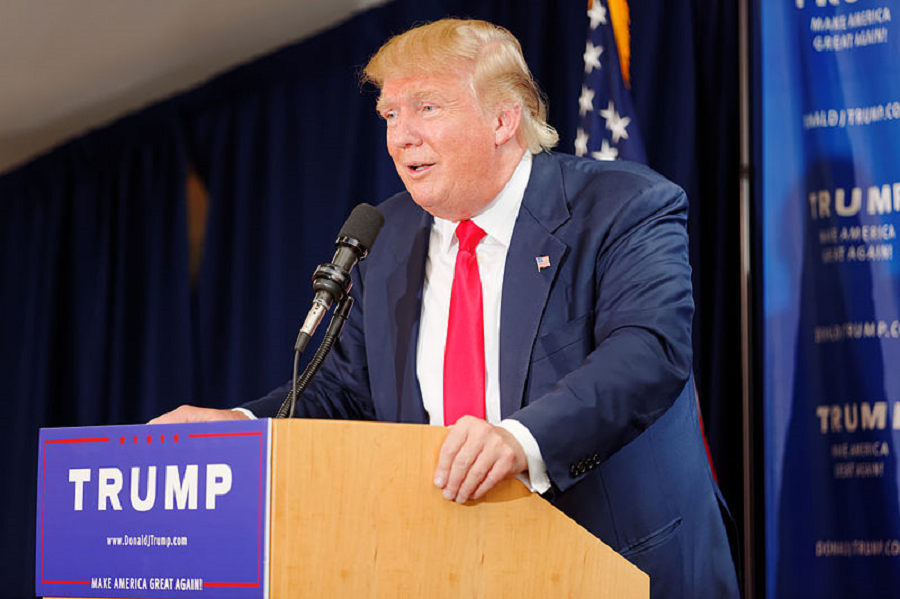 You see, yours is the world’s greatest power and when your industries pollute the air, I breathe it.

When your economy is chaotic, my circumstances drastically change for the worst.

You can decide to protect my country’s president even when his rise to that post is questionable.

Conversely, when we elect a person you do not want, you can decide in your wisdom to remove him.

Your country can nuke the whole world to smithereens and there is nothing I can do about it.

You can even send drones to bomb me here and now in the middle of Africa, and I would just be a collateral damage in your war against terror.

It is because of the considerations above that the political happenings in your country is of the greatest interest to me.

The last time I tried to give an opinion on your politics, I was informed in no uncertain terms by some American voters that I should “get my black ass off the American soil and take President Barack Obama back with me to Africa where he came from’.

These voters were under the mistaken notion that I was talking for the United States of Americans only.

Now I have no option but to approach you directly to address a disaster that threatens to happen to me and it is in the form of one Donald Trump.

Please use your legal pedestal to order the American system to wake up and commit this psycho before something horrible happens.

Why he needs to be held under responsible hands is simple: He may actually win the American presidency, and heaven help us all.

The possibility of his winning the elections is as real as the sun rising in the east each morning. After all, leading US Christian televangelists like Joel Osteen, Paula White and John Hagee have endorsed him for the presidency.

In my mind their credibility as religious leaders has been eroded irreparably by this act. This is because their integrity has been compromised beyond repair and I cannot look in the direction of spiritual leaders for help.

Until he decided that his next business venture is to be the President of the United States after Barack Obama (my tribes mate through his father Barack Obama, Snr.), my knowledge of Donald Trump was limited to his brilliance.

It principally came from his book, How to Get Rich. First he made five billion dollars. Then he made The Apprentice. Thereafter he set out to show us how to make a fortune, Trump style.

This real estate titan, bestselling author, and TV impresario revealed the secrets of his success in his candid and unprecedented book of business wisdom and advice.

Over the years, it was claimed by the publishers, everyone had urged Trump to write on this subject. But it was not until NBC and executive producer Mark Burnett asked him to star in The Apprentice that he realized just how hungry people are to learn how great personal wealth is created and first-class businesses are run.

Thousands applied to be Trump’s apprentice, and millions –including yours truly – watched the program, making it the highest rated debut of the season.

In Trump: How To Get Rich, he told all – about the lessons learned from The Apprentice, his real estate empire, his position as head of the 20,000-member Trump Organization, and his most important role, as a father who has successfully taught his children the value of money and hard work.

With his characteristic brass and smarts, Trump offers insights on how to:
• invest wisely
• impress the boss and get a raise
• manage a business efficiently
• hire, motivate, and fire employees
• negotiate anything
• maintain the quality of your brand
• think big and live large

Plus, in his characteristic style, he told all on the art of the hair!

With his “luxury buildings”, “award-winning golf courses”, “high-stakes casinos”, and “glamorous beauty pageants”, we knew Donald J. Trump as one of a kind American businessman everyday living the American dream. 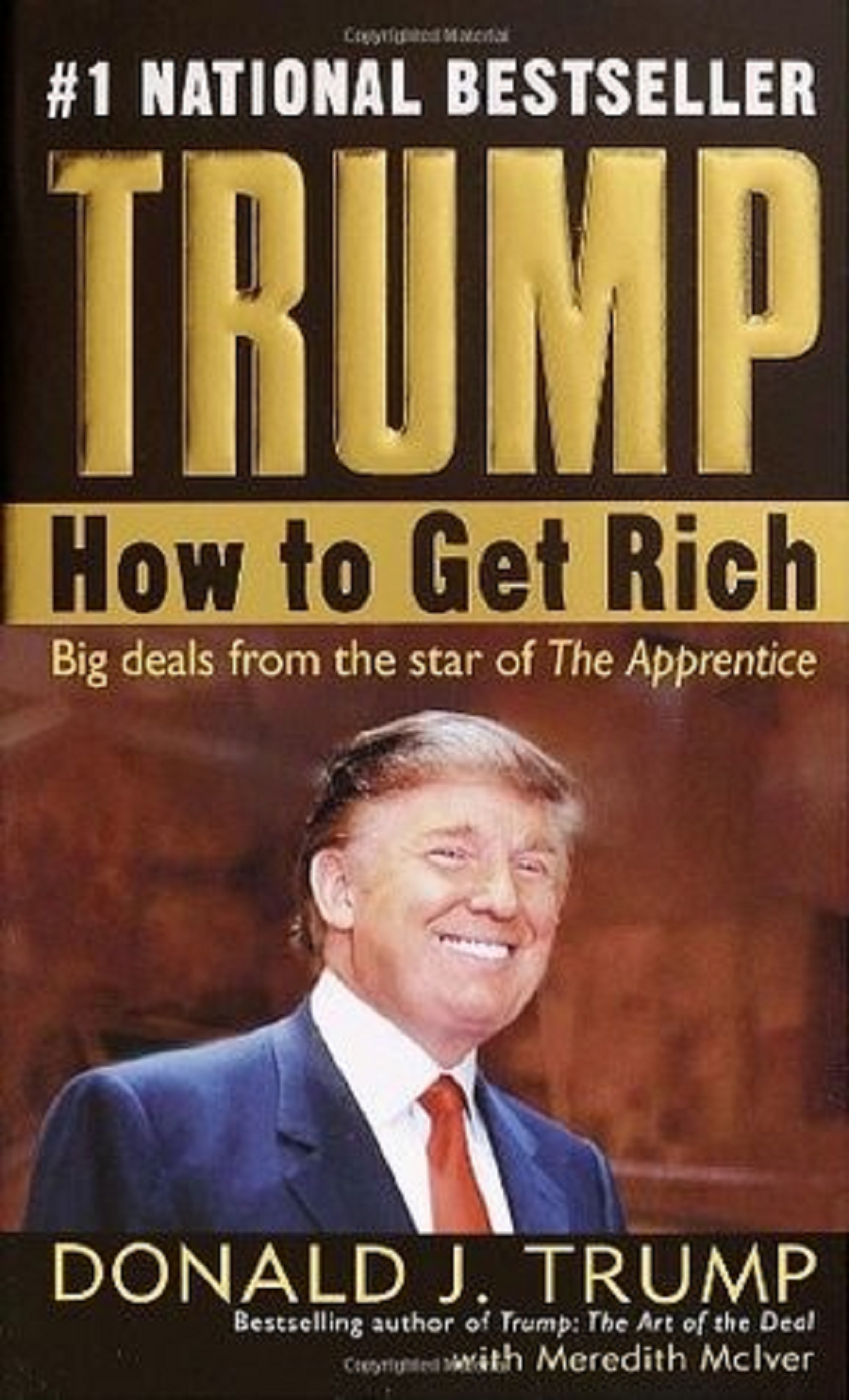 He purported to show us how to also live the American dream in the book whose publishers said was “rollicking, inspirational, and illuminating”. The book promised us behind-the-scenes story of invaluable lessons and rich rewards.

In short Donald Trump was a hero, with a beauty in the person Melania at his side.

That is until he decided that he wanted to be the President.

We are told that three times he made inquiries as to why America has not used nuclear weapons to blow out of the face of the earth the many terrorists America has identified in our world.

In answer to our inquiry about what failsafe might be in place should “President Trump” (God forbid) decide to unleash nuclear weapons on the world, we were informed that “the system is designed for speed and decisiveness; it is not designed to debate the decision.”

So if President Trump decides to order such an eventuality, the world is lost. That world also happens to be my world, further proving to you that I have an interest in what goes on in your august country.

And by the way, I do not have faith in the other nuclear leader, Putin of Russia. A world control by two blondes, as the Photoshop below shows, may not be very comfortable for the likes of us. 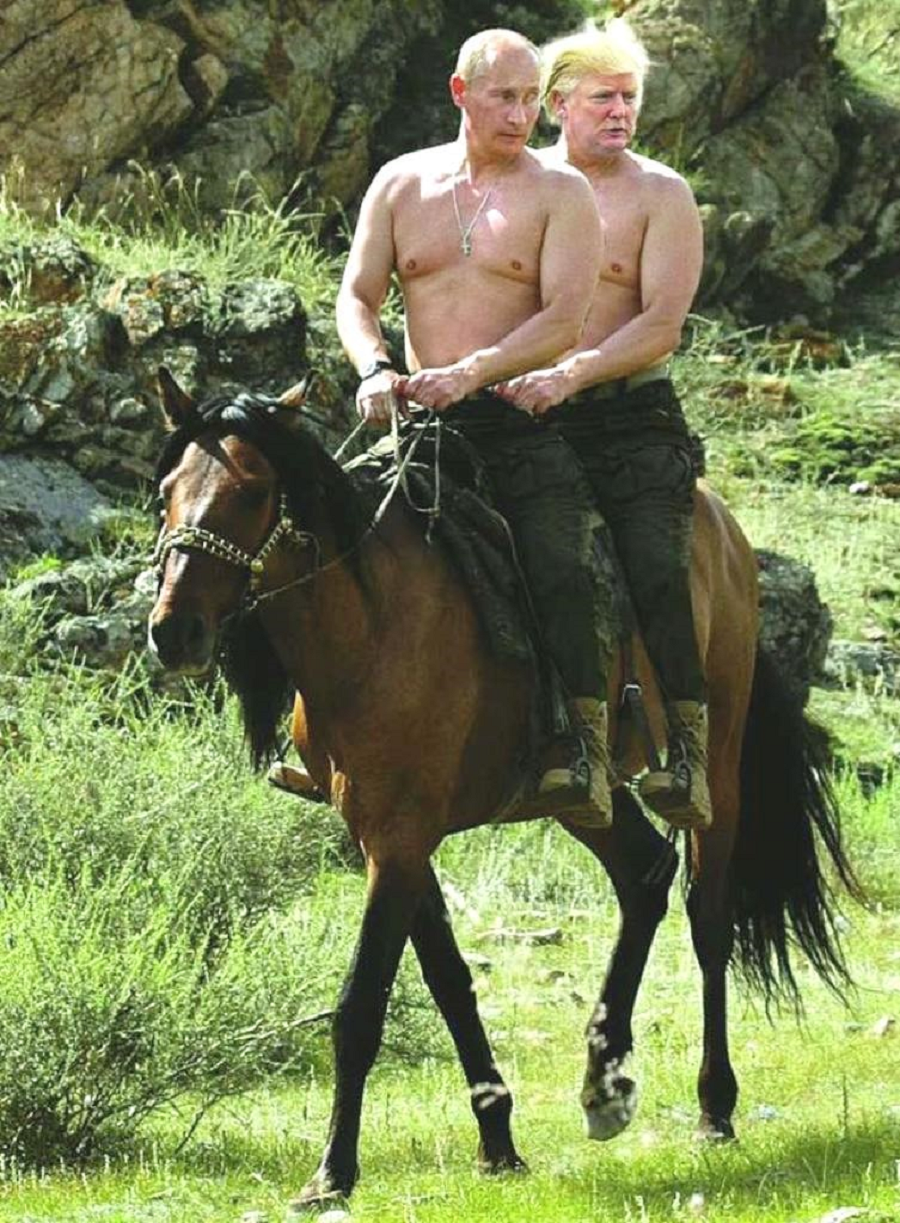 And order a nuclear holocaust Trump can! For your information, my hero Donald Trump may not be well Sir.

The Mayo Clinic defines “Narcissistic Personality Disorder” as:
“a mental disorder in which people have an inflated sense of their own importance, a deep need for admiration and a lack of empathy for others. But behind this mask of ultra-confidence lies a fragile self-esteem that’s vulnerable to the slightest criticism”

This describes Donald Trump perfectly. Jason Easley, writing on Wed, Aug 3rd, informs us that top republicans may be planning an intervention for a “mentally unstable Donald Trump”.

RNC Chair Reince Priebus, Newt Gingrich, and Rudy Giuliani are said to be planning to hold an intervention to try to get Donald Trump the help that he needs to rescue him.

That he needs to be committed may not be in question. He has referred to Hilary Clinton as the Devil, belittled the parents of an American war hero, and chased a mother with a crying baby from his political meeting with the people.

He is not listening to anyone except his children who comprise much of his innermost circle of influential advisers. What makes you think that if he were to become the president (God forbid), anyone will have a chance to talk some sense into him?

The Republicans themselves are worried that Trump will reject any attempt to be helped and refuse to listen to reason.

But even if he were made to seek medical help, Trump has proved again and again that he cannot change. We are told that when he kicked out the baby out of his rally in Virginia, Trump started by saying all the right things. But given that he has no impulse control, seconds later, he blurted out what he really meant and kicked a mother and crying baby out of his rally.

Sirs, we must all admit that Trump is not stable; actually he may not be stable mentally. The kinds of things he has been saying about race relations, religions, population migration, the art of war, other politicians and countries all go to prove that he is not well.

So that leaves us with the American electorate who hopefully will not elect him. But what if they actually elect him?

You see Sirs, the average American has come to thumb his nose on what has been known as ‘political correctness”. By this I mean that the American seems to be swallowing Trump’s racism and all hook, line and sinker.

I have therefore lost faith in the electorate to reject him.

So that leaves YOU and YOUR ESTEEMED OFFICE. All you need to do is declare him a mental case and commit him to an asylum for rehabilitation until January; by which time America will have gotten a new president.

I remain
Yours afraid of the gentleman Donald Trump,
Enoch Opondo
Kisumu – Kenya