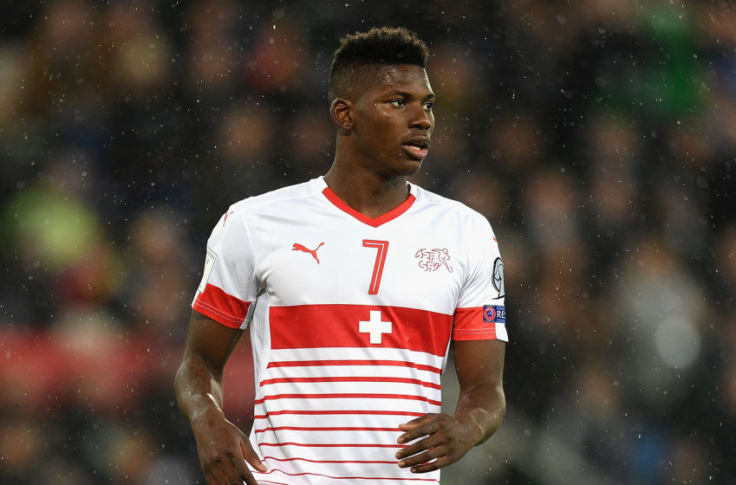 Cameroonian footballer Breel Donald Embolo is making moves in the football industry. The Swiss professional footballer plays as a forward for Bundesliga club Borussia Mönchengladbach and the Switzerland national team. Here’s his biography on his family, height, relationship etc.

Breel Embolo was born on the 14 of February 1997 in the Cameroonian capital Yaoundé. He is 24 year old.

His parents separated when he was very young and upon turning five his mother moved to France to attend school.

Whilst there she met her future husband, a Swiss national, then the following year the family moved to Basel

He once posted a photo on Instagram and said, ‘Yesterday was one of the most special moments for me in my young career. My first game in front of my beloved father’s eyes.’

He recently had a son also with his girlfriend named Clay Enzo.

He started his youth football with Nordstern and later on transferred to the youth system of Basel in 2010.

Embolo made his professional debut for Basel in March 2014, and won the Swiss Super League in all three of his first seasons before moving to Schalke for an initial €20 million.

Shortly after moving to the Bundesliga, he suffered an ankle injury that ruled him out for nearly a year.

Embolo made his senior international debut in March 2015 and represented Switzerland at UEFA Euro 2016, the 2018 FIFA World Cup, and UEFA Euro 2020.

Embolo made four appearances for the Switzerland U16 national team. He scored his first international goal on 1 November 2012 in the 3–0 away win against the Ukraine U16.

He was also eligible to play for Cameroon, however in December 2014 he pledged his international allegiance to Switzerland.

Although born in Cameroon, Embolo has had a Swiss passport since December 2014. Embolo had previously expressed interest in paying for either nation, but despite being courted by former Cameroon coach Volker Finke, he made his Switzerland debut in March 2015 in a 1-1 friendly draw with the USA.

When Embolo was 16, his room was plastered with posters of former FC Barcelona stars Ronaldinho and Samuel Eto’o, alongside American rapper 50 Cent. Today, he thinks that Lionel Messi the the best player in world football. However, Embolo never had a particular role model in his own position.

From the age of 15, Embolo has gotten into the habit of drinking one or two bottles of water the night before a match.

“If I don’t do that then I sleep really poorly,” he told the Basler Zeitung. “One of my head coaches told me to drink enough water and ever since then it’s just what I do.” 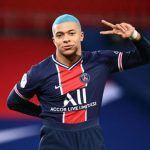 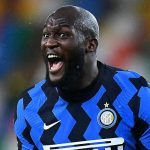