African migrants lives in Germany are being highlighted by the film ‘Borga’. Borga is a film that tells the story of a Ghanaian migrant who wants to make a life for himself in Europe by making in big but instead, his new life in Germany shatters those dreams.

The film’s title is taken from the Ghanaian word “Borga,” which describes people who have moved abroad to make money — with the implied expectation of becoming a success.

Kojo, played by German-Ghanaian actor Eugene Boateng, is one such migrant, a Ghanaian who moves to the German city of Mannheim with the hope of making his fortune.

Borga highlights the gap between dream and reality. Kojo manages to only scrape through in Germany by getting involved in an illegal business — his only chance to make a living, and to be seen as a “Borga” success back in Ghana – Infomigrants.

The scripts starts in Ghana’s capital where where it captures a documentary like scene following Kojo’s early struggle against diversity. We see him scavenging in piles of scrap metal while growing up in Agbogblishie. One of the poorest suburbs of Accra.

He dreams of a better life awakening new hope in himself and his dreams, his ambitions. He is driven away from home on the quest to seek riches and receive recognition from his family.

The actors speak their native language, mainly Twi, throughout a film that is subtitled and contains only a few moments of spoken German.

Born in Germany to Ghanaian parents, Boateng well knows the kind of expectations that a “Borga” faces in real life. Whenever he visits Ghana, people shout the word when they see him walking on the street.

When he gets to Manheim,Germany, he leads a double life. He sets out to find his Buddy Nabil’s uncle who is also a ‘Borga’ wielding only one picture of him where he is posing next to a luxurious car draped in jewellery.

When Kojo find him, the uncle reveals the secret to his apparent success is that he takes pictures and photoshops them so that he appears to have a very luxurious life for the price of 50 Euros. So Kojo sets up his own set of lies and falsities.

The film brings out the pressures of being a ‘Borga’ for Ghanaian expats. a lot of Africans face the pressures to over-perform and over-compensate for the life they are ‘supposed’ to live abroad.

The hope for the producers of the film is that this spirit in front and behind the camera will resonate and will bring more people from different origins together. It was also a project that was meant to change the narrative around black people, to show them as the people who just want to make something of themselves and getting the acknowledgement of your family.

The premiere in Ghana has been delayed due to the COVID pandemic having already been seen in Germany, but a reaction by Ghanaians in Ghana is well anticipated. 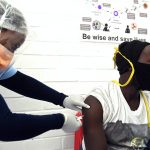 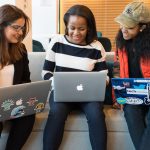