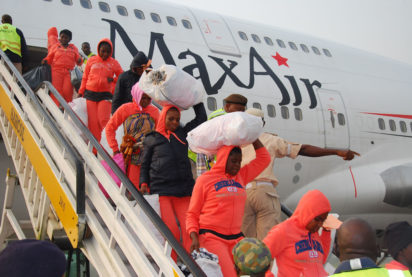 Nigerians returning from Europe face stigma and hardship on return

Many Nigerians returning from the diaspora face stigma and hardship upon their return as pressures builds for them to provide for both their own families and the extended.

The EU is doubling down on reducing migration from Africa by funding voluntary return programmes for those stranded along migration routes before they reach Europe while also doing its best to increase the number of rejected asylum seekers it is deporting.

The amount of support provided by the EU and international aid groups for people to get back on their feet is radically different depending on whether they are voluntary returnees or deportees.

The coronavirus pandemic has slowed down the programmes as it has reduced significantly the number of voluntary returnees from countries such as Germany and Italy.

Nigerian man goes viral for refusing to kneel down during proposal

Nigeria is recorded as one of the high priority countries in Africa in the efforts of the EU to reduce the flow of migrants and asylum seekers.

Back in their home country, little distinction is made between voluntary returnees and deportees. Both are often socially stigmatized and rejected by their communities.

Having a family member reach Europe and be able to send remittances back home is often a vital lifeline for people living in impoverished communities. Returning – regardless of how it happens – is seen as failure.

What is the difference of Nigerians returning from the diaspora as volunteers and deportees?

In addition to stigmatisation, returnees face daily economic struggles, a situation that has only become worse with the coronavirus pandemic’s impact on Nigeria’s already struggling economy.

Despite facing common challenges, deportees are largely left to their own devices, while voluntary returnees have access to an EU-funded support system that includes a small three-months’ salary, training opportunities, controversial “empowerment” and personal development sessions, and funds to help them start businesses – even if these programmes often don’t necessarily end up being effective.

Many returnees face difficulty in making ends meet as the large wads of cash that were expected of them upon arrival are not present. So they do not even get the support of their family and friends.

Many from the diaspora choose death with some committing suicide over the struggle. The high expectations of them unmet make them appear as burdens to the society and they are treated as such. 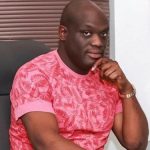 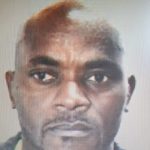