UN Secretary-General António Guterres says ‘Leave no one behind’ mantra matters more than ever, as coronavirus threatens all humanity (©UN/Facebook)

UN Secretary-General António Guterres has called for global solidarity to ensure that all poor nations hit by coronavirus pandemic receive the necessary support.

He said the epic nature of the threat demands a globally coordinated health response led by the World Health Organization (WHO). “Developing countries need massive and urgent support,” Mr. Guterres said. “Now is the time to stand by our commitment to leave no one behind.”

The UN chief appealed for joint efforts to assist countries at risk strengthen and expand their health systems and stop transmission through a combination of testing, contact-tracing and quarantine, associated with appropriate restrictions on movement and contact.

He also called for a large-scale response to tackle the devastating socioeconomic consequences. “We must use all the fiscal and monetary measures at our disposal”, he said, recommending the creation of a global stimulus package to safeguard people’s livelihoods.

“I have strongly advocated for a response package that is a double-digit percentage of global GDP,” he said, with resources provided directly to workers and households, targeting both formal and informal sectors. Provisions should include a scaling-up of social protections and help for businesses to avoid bankruptcies.

The UN chief praised the time-bound G20 initiative to suspend debt service payments for the poorest countries describing it as a critical first step, which should be extended to all developing countries that request forbearance – including middle-income nations that lose access to financial markets. 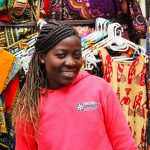 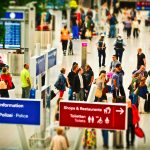