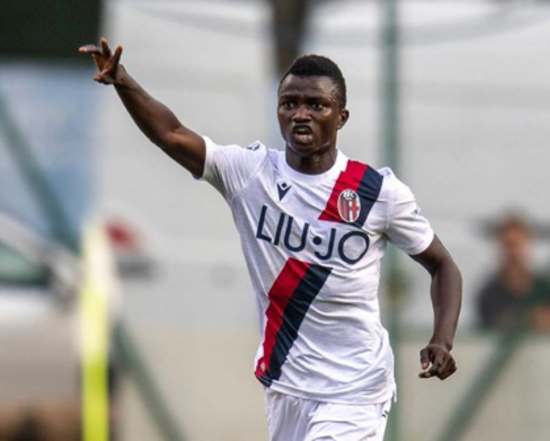 Gambian professional player Musa Juwara is making waves in Italy’s football scene playing as a striker for Bologna. His story is one for the books having come from being a rubber boat refugee to international star. Here’s what we know about him:

Musa Juwara was born in Tujureng, Gambia on the 26th of December in 2001.

He arrived in Sicily, Italy in 2016 on a boat as an unaccompanied minor after crossing the Mediterranean, and since then, a new family and football have changed his life.

He was orphaned at a young age and was raised by his grandfather before he decided to make the journey of travelling to Europe in search of a brighter future.

In his passion for football, he was discovered by coach Vitantonio Summa, who took him under his wing and also acted as his legal guardian.

Summa and his wife became his custodial parents.

He started playing football with Virtus Avigliano and after a successful season was scouted by Chievo.

The young player was banned from transferring to Chievo by the FIGC, the Italian Football Federation Federelcalcio, but he challenged the hearing and eventually ended up joining the team.

The reason given by FIGC was that the federation’s new anti-exploitation rules for immigrants to the country prevented a young player being acquired.

Juwara briefly joined Torino F.C. on loan for the 2019 Torneo di Viareggio, where he scored 3 goals in 3 matches, before returning to Verona for the end of the season.

He made his professional debut for Chievo in a 0–0 Serie A tie with Frosinone Calcio on 25 May 2019, coming on as a 79th-minute substitute for Manuel Pucciarelli.

On 8 July 2019, Juwara signed a deal with Bologna. Although he was assigned to their Under-19 squad for the 2019–20 season, he quickly began falling into Siniša Mihajlović’s first-team plans, making his debut on December 4 by playing the full 90 minutes in a 4-0 Coppa Italia defeat at the hands of Udinese

The now star hit fame when he scored his first goal in Series A in San Siro, expelled Bastoni and started the comeback of Bologna.

He began playing in Messina where he was sent to a reception centre in Ruoti in the province of Potenza. There he started honing his skill for the sport. 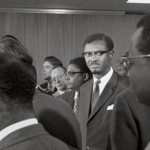 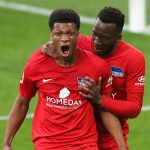