A US border officer at New York’s JFK airport reportedly handed a Nigerian software engineer a written test to prove his tech credentials. 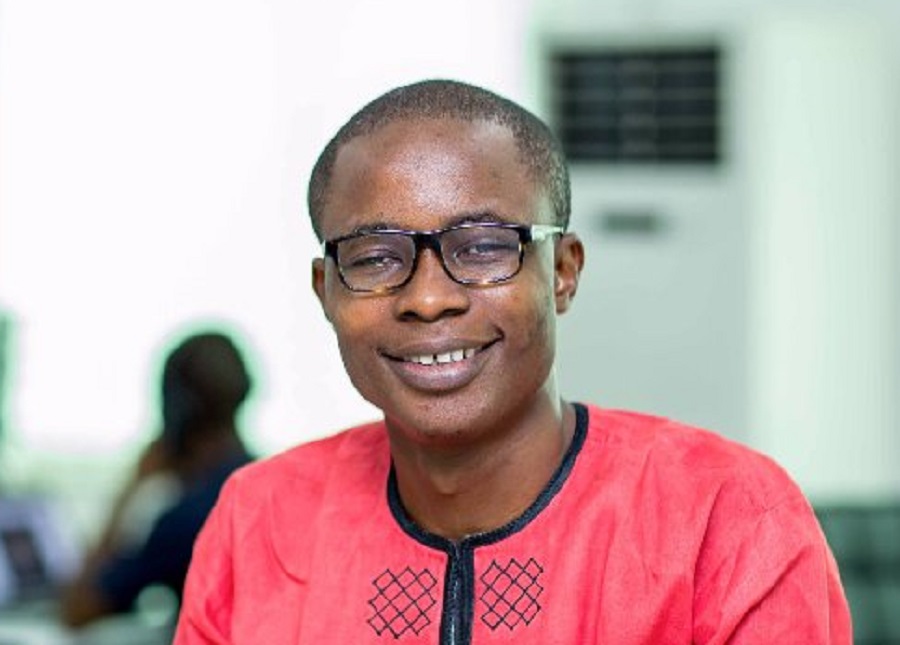 Mr Celestine Omin said he was made to sit a written test by US airport immigration officers because they weren’t convinced he was telling the truth about his skills (Photo: TWITTER/@CYBEROMIN)

Celestine Omin, 28, told social networking site LinkedIn, that he was made to sit a written test by US airport immigration officers because they weren’t convinced he was telling the truth about his skills. 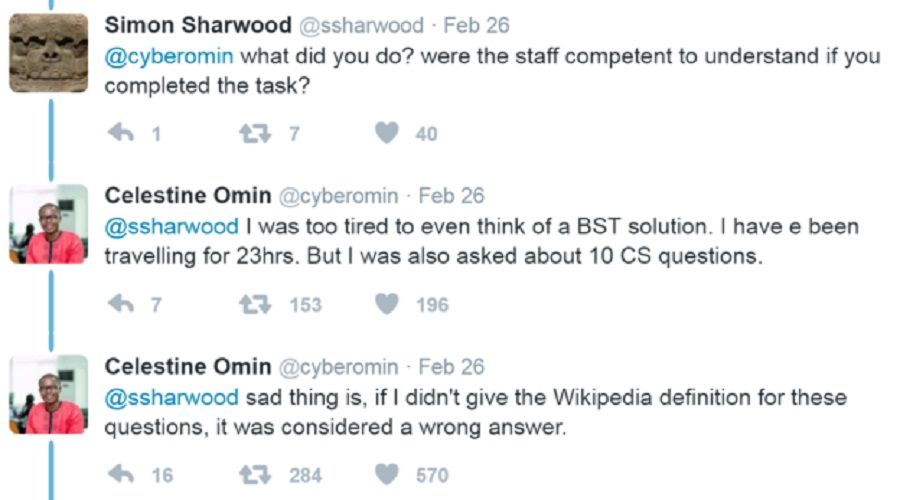 Mr Omin is employed by Andela, a tech start-up with offices in New York, Lagos, Nairobi and San Francisco.

The Nigerian software engineer said he was taken into a room for further checks after being asked a series of questions by a US Customs and Border Protection officer, BBC reported.

“Your visa says you are a software engineer. Is that correct?” an officer is reported to have asked Mr Omin.

He says he was then given a piece of paper and a pen and told to answer these two questions to prove he is actually a software engineer:
“Write a function to check if a Binary Search Tree is balanced.”

“What is an abstract class, and why do you need it?”

Mr Omin said it seemed to him that the questions had been “Googled” by “someone with no technical background”.

He handed back the answers to the officer who told him that they were wrong. 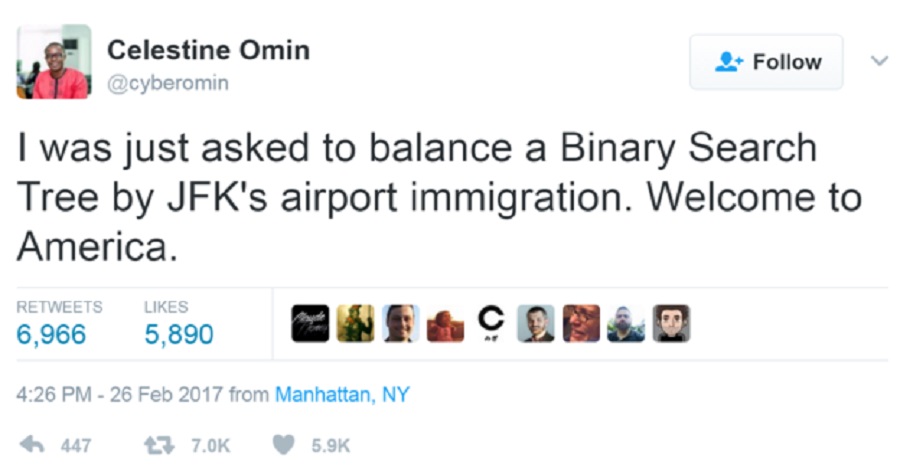 Mr Omin said he presumed he was required to provide “the Wikipedia definition” for the questions.

The officer later on told him that he was “free to go”.

“Look, I am going to let you go, but you don’t look convincing to me,” said the officer, according to Mr Omin.

“I didn’t say anything back. I just walked out.”

The Nigerian software engineer said he later found out that border protection officers had phoned Andela to verify his story.