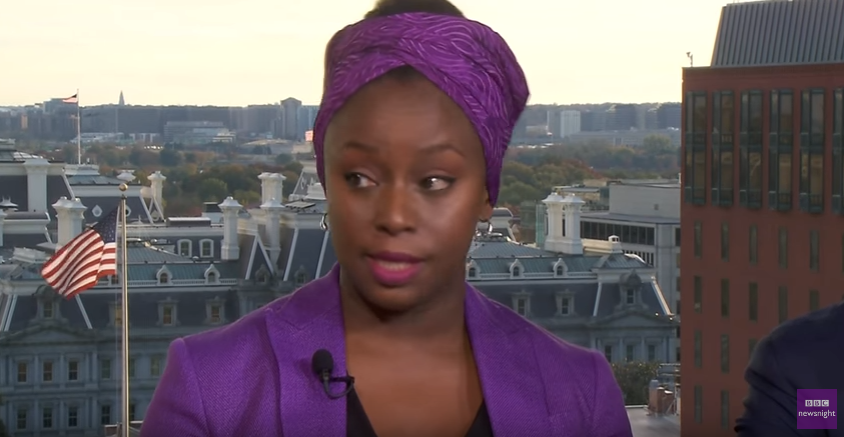 When Mr Tyrrell claimed that Mr Trump wasn’t racist, Ms Adichie said: “If you’re a white man, you don’t get to define what racism is. You don’t get to sit there and say that he hasn’t been racist, when objectively he has. And it’s not about your opinion. There are objective things, racism is an objective reality, and Donald Trump has inhabited that reality.”

RELATED ARTICLE: Chimamanda Ngozi Adichie explains why her Feminism is different from Beyoncé’s

Mr Tyrrell called false consciousness on Ms Adichie saying: “I can’t even open my mouth because I’m a white male…”

Her response was striking:  “No, of course you can. I am just saying to you that Donald Trump has shown us and has said things that are objectively racist.”

Mr Tyrrell then tried to corner Ms Adichie by asking her to identify what Mr Trump had said that was racist. “If he says to us, for example, that a judge – a United States judge – is unable to judge him fairly because he is Mexican, that is racist – objectively racist,” she said.

Watch the full interview below.