Managing personnel of 13 UEFA national associations are meeting in Frankfurt, Germany to learn how football clubs in Germany are organized and are facilitating the integration of refugees. 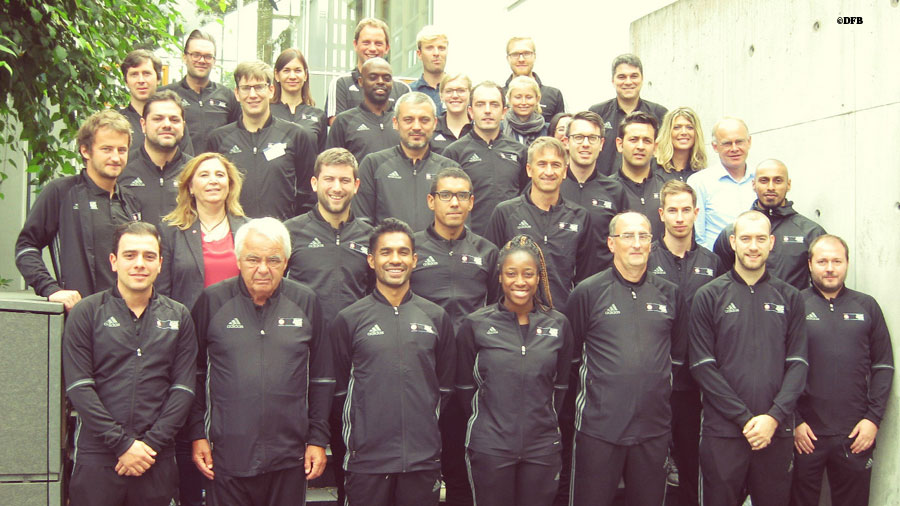 The UEFA study-group has been meeting at the German Football Association (DFB) headquarters since Monday under the title: “Football and Refugees”, DFB reported.

Some of the national associations with delegates at the meeting include Austria, England, Italy, Holland and Turkey.

DFB said these are some of the many figures showing how the influx of refugees has changed football. “Refugees love playing football and many want to compete,” DFB vice-president Eugen Gehlenborg said. “Thousands of amateur clubs are making an important social contribution both on the pitch and also off it. Club volunteers are also helping refugees fill out certain forms. The clubs also benefit as they gain new members for their club.”

Mr Scheuer, who is the executive top aide to Bavarian premier, claimed that it was difficult to deport-footballing asylum applicants because of lengthy legalities.

Reacting to Mr Scheuer’s comment, Mr Gehlenborg said: “The decision about who should and shouldn’t be allowed to stay in the country rests with the politicians and public authorities. It is not football’s duty. Instead, football contributes to the integration and respectful interaction of people. With this, the DFB wholly supports its clubs. We find it regrettable that Andreas Scheuer has questioned a big effort made by many male and female footballers in the country.”

Per Omdal who has been a vice-president at UEFA since the 90s and is a delegation leader in Frankfurt said: “Football is colour-blind. The associations and especially the local clubs invite children from refugee homes to play football. We came to Frankfurt in order to learn how we can be even better and more efficient at promoting this process.”