New report shows that 71% of migrants taking the Central Mediterranean routes connecting North Africa to Europe have been victims of exploitation and trafficking.

The report released by International Organization for Migration (IOM), is based on an in-depth analysis of close to 9000 survey responses taken over the last ten months along the Central and Eastern Mediterranean routes.

It provides strong evidence of predatory behaviour by smugglers and traffickers and the kinds of enabling environments within which trafficking and associated forms of exploitation and abuse thrive.

At least 49% of respondents said they had been held in a location against their will during the journey in situations that amount to kidnapping for the purpose of requesting a ransom.  Most of the cases of abuse took place in Libya.

Researchers found that the longer a migrant spends in transit, the more vulnerable they are to exploitation and/or human trafficking. In fact, 79% of migrants who had spent at least one year in a country different from that of origin had experienced exploitative practices.

“IOM is extremely concerned about the trends of exploitation and abuse that migrants are experiencing as they undertake their journeys towards Europe,” Dipti Pardeshi, Chief of Mission for IOM UK, said.

It “is important for us to look across to Europe and the rest of the world to see what more can be done to support those on the migratory trails, as well as those who have reached Europe. We need to remember that regardless of the reasons that people move, or their background, they deserve protection,” he added. 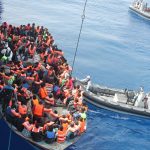 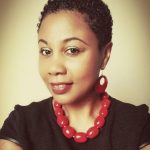