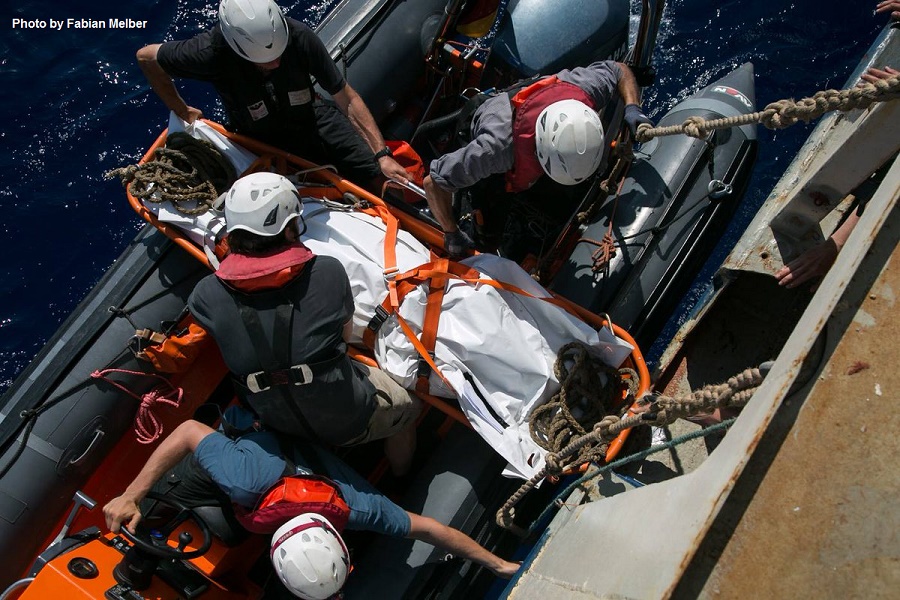 “During our first-aid delivery for a rubber boat with approximately 150 migrants on board, a Libyan Coast Guard vessel arrived and attacked the refugees, entering the rubber boat and hitting them with sticks,” Sea-Watch said.

The organization added that their two speed boats were beset aggressively, preventing their crew from further providing life vests and medical aid to the people in need.

“The violent intervention of the Libyan Coast Guard caused a situation of mass panic on board the rubber boat in distress, Sea-Watch said, adding that in the process “one tube of the rubber boat collapsed, causing the majority of the 150 people to slip into the water.”

Some 120 refugees have been rescued onto the Sea-Watch 2. Unfortunately, four bodies have been recovered while four other unconscious people are currently receiving medical treatment.

It is not yet clear why the Libyan Coast Guard attacked the dinghy carrying migrants.

Sea-Watch has called for an immediate investigation into what it termed a “violation of humanitarian law.”