German government has warned against growing xenophobia and right-wing extremism especially in the eastern states.

A new report on the Status of German Unity released by the cabinet shows there are increasing incidents of anti-immigrant and right-wing attacks in the ex-communist east of Germany, DW reported.

There was an average of 10.5 extremist attacks for a million people in the western states, a report by Germany’s domestic intelligence agency shows.

Eastern states like Mecklenburg-West Pomerania showed 58.7 attacks for a million people, followed by 51.9 in Brandenburg and 49.6 in Saxony.

Releasing the report, Social Democrat Iris Gleicke said she was “very upset” with the rising xenophobia in the country.

The attacks against immigrants, she said, were either being carried out or accepted by normal citizens.

She urged the federal government and state and district administrations to “act decisively.”

Gleicke warned that “right-wing extremism in all forms poses a very serious threat to the societal and economic development” in the eastern region of the country, VOA reported.

“It’s quite clear that a location that does not show itself to be liberal-minded will face economic disadvantages,” she said, adding that “society should not look away when people are attacked or refugee shelters are set on fire.”

Xenophobia, right-wing extremism and intolerance could destroy all chances for increasing immigration in a region where the dwindling population could benefit from immigrants, the report warned.

The report also revealed that the former East German states, other than Berlin, had the lowest ratio of foreigners compared to their western counterparts. This proved that anti-migrant violence was not because of a high proportion of refugees, DW reported.

“We East Germans have to take the matter into our own hands and decide whether we want to protect our cities and villages or leave them to the brown nightmare,” Gleicke said, referring to the brown uniforms worn during the Nazi regime. People were obliged to not look away when people or refugee shelters were being attacked, she added.

The report further revealed that eastern region, compared to the rest, still lagged behind in terms of economic performance, income, health and life expectancy.

The region therefore stands to gain from migration of skilled foreigners and EU citizens who would help stabilize the decline in the number of people and offset the effect of an increasingly ageing population. 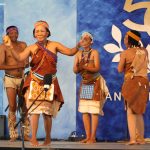 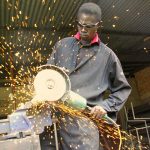