The gap between the rich and poor in Germany is widening drastically, a new study has revealed.

The income gap has hit a new record and continues to widen despite strong employment figures and a robust economy, a study published by the Institute of Economics and Social Sciences (WSI) of the Hans Böckler Foundation showed.

According to the study, poor people’s dream of socioeconomic advancement most often remains unfulfilled.

In fact, fewer Germans are advancing out of poverty compared to 20 years ago.

“The longer a poverty situation persists, the stronger its impact on everyday life,” DW quoted Dorothee Spannagel, the study’s author to have said.

The report noted that between 1991 and 1995, at least 58 percent of Germans in poverty rose to a higher income bracket.

Since then, it has become more difficult for poor people to escape poverty status. Half of the people who were considered poor in 2009 were still poor five years later in 2013.

The problem not only affects the poor but also those in the lower middle class. Their chances of advancement declined, while their risk of slipping into poverty rose somewhat.

Children who are born into poverty are less likely to advance to another socioeconomic status the longer they remain in poverty, DW reported.

Poverty also affects the children’s education. According to the report, the maximal education level achieved by those who remained in poverty was a secondary school diploma.

To remedy the situation, the Hans Böckler Foundation has urged politicians to support poor people by providing more vocational training and career counselling.

“The goal must be to provide such people with long-term, secure full-time employment,” the Hans Böckler Foundation said. 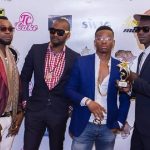 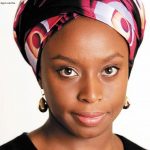