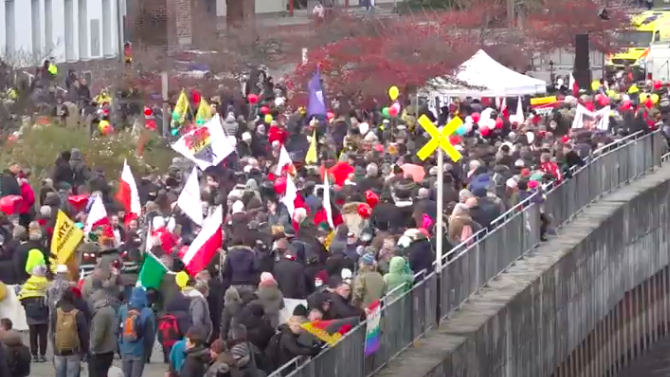 The protesters gathered at a rally on the bridge between German Frankfurt on the Oder and Polish Słubice on Saturday afternoon.

According to the police, about 1,000 demonstrators, including neo-Nazis, took part in the protest. Among the protesters there were also around 300 demonstrators from the Polish “Strike of Entrepreneurs”, reports rbb24. Most of those present did not comply with the requirement to have masks or to keep a safe distance.

The demonstrators called for German-Polish unity and called their meeting “a celebration of freedom”. In addition to Polish flags, there were also rainbow flags.

Germany: Deutsche Bahn, German train company, comes up with Corona timetable – you might only be able to book window seats

At the same time, about 150 counter-demonstrators gathered at the train station in Frankfurt (Oder) and marched through the city. They called for mutual solidarity in the pandemic and for the wearing of masks.
Police repeatedly called for security measures to be complied with, but to no avail.

The founder of the German coronasceptic movement, Michael Ballweg from Stuttgart, appeared on the banks of the Oder and delivered a speech to the audience. He spoke out against extremism.

“We are a peaceful movement in which extremism, violence, anti-Semitism and inhuman ideas do not exist,” he said. The crowd chanted that they were by no means right-wing extremists.

Nevertheless, on Saturday on the Oder river, corona-sceptics and right-wing extremists such as Maik Schneider demonstrated side by side. The Potsdam District Court has already convicted him twice for setting fire to the Nauen Gymnasium, which was to serve as a refugee shelter.

The demonstration was watched by several hundred policemen. 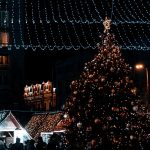 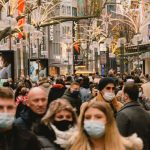