There has been a record number of ATM robberies in Germany. Criminals usually blow up machines. This year, nearly 400 ATMs have already blown up, informs the Frankfurter Allgemeine . This is much more than in previous years.

“We expect the number of attacks on ATMs to hit 400 by the end of the year,” said DPA Martina Link, vice president of the Federal Criminal Police Office (BKA).

ATMs in Germany – a record number of explosions

The daily “Welt am Sonntag” reports that from the beginning of the year to December 16 there were 390 robberies of ATMs in Germany. Therefore, the previous record from 2018 has already been broken. According to the newspaper, in 160 cases, the perpetrators got into the money after blowing up the machine.

In turn, as many as 230 attacks ended in a fiasco for the robbers. In 2020, the largest number of ATMs exploded in North Rhine-Westphalia. By December 16, thieves had blew up 174 machines there. The next places in this ranking are Lower Saxony (45), Baden-Württemberg (36) and Rhineland-Palatinate (34).

Several million euros were stolen in the ATM robberies. According to FAZ.net, property damage caused by the explosion is usually much higher than the sum of the stolen money. For example, the thieves who blew up an ATM in Bremen in July this year. caused damage estimated at € 400,000. 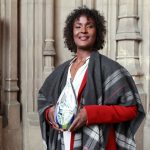 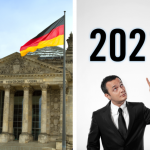