American singer Bob Dylan has become the first musician to be awarded the Nobel Prize in Literature. 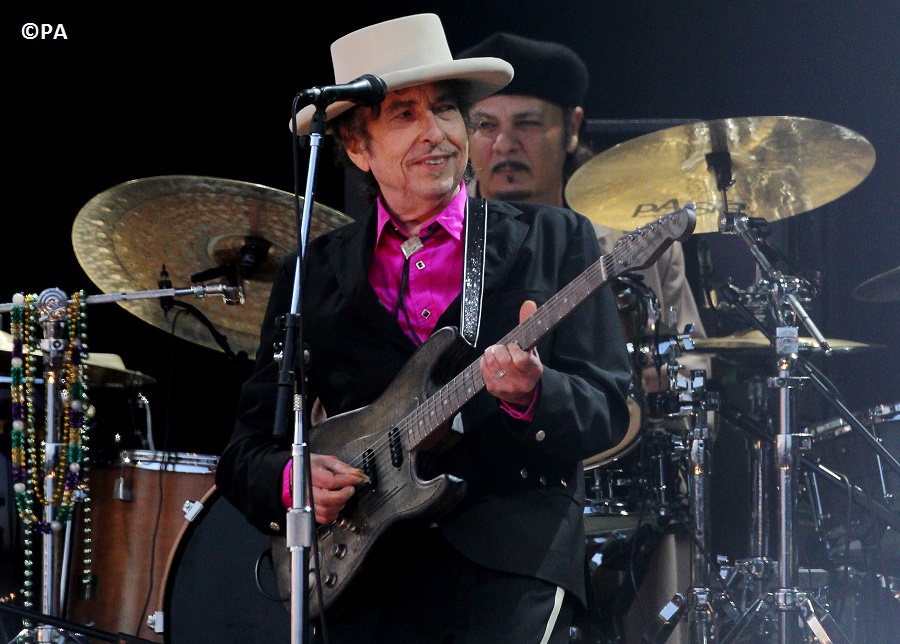 American singer Bob Dylan has been hailed as ‘a great poet’

The 75-year-old was given the prestigious accolade for “having created new poetic expressions within the great American song tradition”.

The last American to have won the literature prize was Beloved author Toni Morrison in 1993.

His win has been praised by literary figures and critics, with a leading academic hailing him as the Tennyson of our times.

Professor Seamus Perry, chair of the English Faculty at Oxford University, described Dylan as “one of the greats”, adding: “He is, more than any other, the poet of our times, as Tennyson was of his, representative and yet wholly individual, humane, angry, funny, and tender by turn; really, wholly himself, one of the greats.”

The decision has not been well-received in all corners, with Trainspotting author Irvine Welsh labelling it an “ill conceived nostalgia award”.

The Scottish novelist and playwright tweeted: “I’m a Dylan fan, but this is an ill conceived nostalgia award wrenched from the rancid prostates of senile, gibbering hippies.”

Permanent Secretary at the Swedish Academy, Sara Danius, said he was a deserving winner, adding: “He is a great poet in the English-speaking tradition, and he is a wonderful sampler, a very original sampler, he embodies the tradition.

“And for 54 years now he’s been at it and re-inventing himself constantly, creating a new identity.”

Born Robert Zimmerman on May 24 1941, in the backwaters of Minnesota, he reinvented himself as Bob Dylan.

He is considered one of the greatest lyricists of modern times having penned memorable hits such as B lowin’ In The Wind and The Times They Are A-Changin’.

In 2008, the singer-songwriter won the Pulitzer Prize for his contributions to music and American culture.

The last album he released in May this year, titled Fallen Angels, was praised by critics – with Rolling Stone saying: “His phrasing remains spectacular, sometimes heartbreaking, sometimes hilarious, and the playing is sublime.”

The album was a follow-up to 2015’s Shadows in the Night, which saw Dylan singing songs made famous by Frank Sinatra.

The six Nobel prizes will be handed out at a ceremony on December 10, which will mark the 120th anniversary of the death of the founder of the prize, Alfred Nobel, in 1896.