Ngoma Africa Band is preparing to stage an extraordinary show at the Afrika-Karibik Festival in Frankfurt.

All who love Rumba and Soukous can’t afford to miss this show by one of the most sought after African bands in Germany.

Ras Makunja, the band leader of Ngoma Africa confirmed that they’ll be on stage at the Afrika-Karibik Festival in Frankfurt on 13th August 2016.

Thousands of people at the Festival took to the dance floor from the moment Ngoma Africa Band went on stage until the end of the show.

If you missed the show in Tübingen, or want to enjoy another fantastic performance by Ngoma Africa Band, then join them at Afrika-Karibik Festival in Frankfurt.

The other bands scheduled to entertain guests at the Festival include: Pow Pow Movement; Riddim-Sound-System; Sir Mystic and African Best; Fatoumata Kamissoko and Djéli Band.

The Festival’s motto is: “Let’s get together and feel alright”.

RELATED ARTICLE: Why the fantastic and successful Afrika Festival Tübingen is a perfect strategy for integration of immigrants 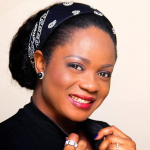