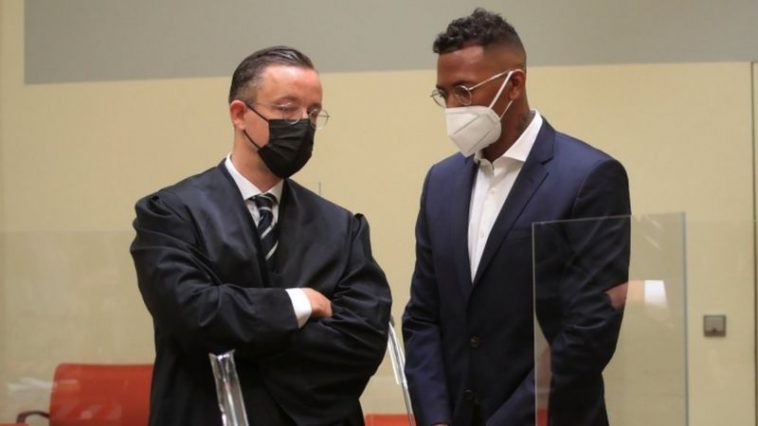 Ghanaians in Germany: Ex Bayern Munich player Jerome Boateng was on trial at the Munich district court on accusations of wilful bodily harm and insult on his ex girlfriend in 2018. He was being defended by his lawyer Kai Walden.

‘The star is said to have assaulted his ex girlfriend, who is the mother of his twin daughters, by hitting her on the head but Jerome denies the accusation and tells a different story in court.’ wrote ‘BILD’ (read more below)

If found guilty, he risks being heavily fined or jailed for up to 5 years.

Wearing a dark blue suit, Mr Boateng was escorted by bodyguards as arrived in court with his lawyer Kai Walden on Thursday morning.

Ahead of the trial prosecutors accused Mr Boateng of throwing a lamp and a small cooling box at his former partner during the alleged assault in the Caribbean in July 2018.

What happened between Boateng’ and his ex girlfriend/fiancee:

BBC wrote that: Prosecution spokesman Anne Leiding told reporters that Mr Boateng allegedly insulted her, hit her and pulled her hair but Jerome said that there was an argument that broke out during a game of cards and that his ex girlfriend had become aggressive and insulting, injured his lip and hit him.

He said he threw a pillow against a table, and the lamp fell to the floor. When he tried to push her away from him, she fell.

German TV channel RTL reported that the court will hear a testimony from four witnesses and a verdict delivered on Thursday.

The hearing was due to take place in December but was postponed because a witness was unable to appear.

In February Mr Boateng’s ex-girlfriend, 25-year-old model Kasia Lenhardt, was found dead after taking her own life at a flat in Berlin. We wrote about it here: Bayern Munich player Jerome Boateng’s, model ex-girlfriend found dead a week after the couple announced their split

Berlin police found her body in February while Mr Boateng was away playing for Bayern at the Club World Cup in Qatar. Reports in Germany said he had recently ended their relationship. We wrote about it here: Germany: Forensic doctor reveals the cause of death of Bayern player Jerome Boateng’s ex girlfriend Kasia Lenhardt 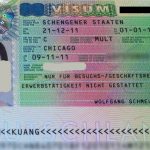 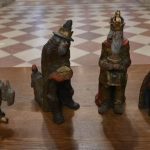