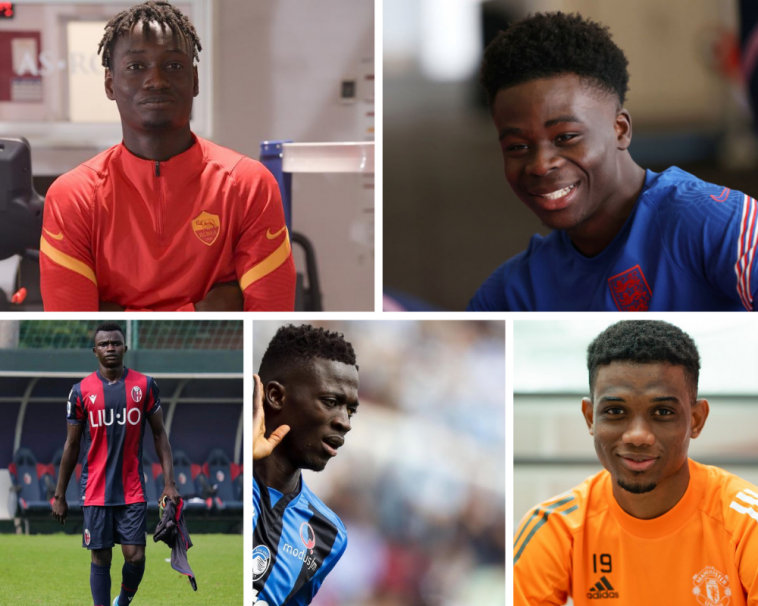 Players of African descent have been chosen for the 2021 Golden Boy awards. This was announced by TuttoSport, the organisers of the awards, on Tuesday.

The award was established in 2003 by the Italian newspaper Tuttosport, it is awarded by journalist across Europe to the brightest football talent in Europe across two halves of consecutive seasons.

The award is usually handed to the best payer under the age of 21 playing in any of Europe’s top leagues.

Since it came about, the award has acted as a stamp of approval for a players ability to soar and produce quality sportsmanship. Most of the past winners have gone on to become some of the biggest names in the sports history.

The years have brought forth a new set or players who demonstrate extraordinary skill and are taking the world by storm.

Below are the player of African decent nominated for the 2021 Golden Boy awards :

Up and coming football player from Gambia, Musa Juwara, is making waves in football with his prowess and stamina.

At the age of 18 he is already scoring goals and making a name for himself. The now star hit fame when he scored his first goal in Series A in San Siro, expelled Bastoni and started the comeback of Bologna.

Jude Victor William Bellingham, born 29 June 2003, is an English professional footballer who plays as a midfielder for Bundesliga club Borussia Dortmund and the England national team.

Tanguy Coulibaly is a French professional footballer who plays as a winger for Bundesliga club VfB Stuttgart.

The star is born to two Nigerian parents. His parents emigrated to London from Nigerian as economic migrants.

Myron Boadu is a Dutch professional footballer who plays as a striker for Eredivisie team AZ and the Netherlands national team.

Born in Amsterdam, Netherlands, Boadu is of Ghanaian descent.

He joined the AZ academy in 2013. In 2018 he made his competitive debut for the club in an Eredivisie match against PEC Zwolle. After struggling with long-term injuries, Boadu established himself as a regular in the AZ starting eleven during the 2019–20 season.

In international arena, Boadu has represented the Netherlands at the youth and professional level.

Georginio Rutter has a few more first-team minutes under his belt. Not long after scoring on his Champions League debut for Rennes in a 3-1 losing effort to Sevilla, the French forward made the winter switch to Hoffenheim.

AS ROMA Midfielder Ebrima Darboe is a former Gambian child refugee who now plays top-flight football. His story is somewhat of a fairy tale as he is the youngest Gambian to play in the European Cup.

The 19-year old brilliant footballer has had a very difficult life in the past having being forced to flee his country at the age of 14. He left The Gambia alone, leaving behind his parents and family.

Yunus Dimoara Musah (born November 29, 2002) is an American professional soccer player who plays for Spanish club Valencia and the United States national team. Mainly a right winger, he can also play as a central midfielder. He is a former youth international for England.

As a youth, Musah was eligible to play for the United States, Ghana, Italy, and England. He made his international debut with England’s under-15s in 2016 and subsequently represented England up to the under-18 level.

Brian Ebenezer Adjei Brobbey (born 1 February 2002) is a Dutch professional footballer who plays as a striker for Eredivisie club Ajax. He will join Bundesliga club RB Leipzig on 1 July 2021.

Born in the Netherlands, Brobbey is of Ghanaian descent.

Jérémy Doku, born 27 May 2002, is a Belgian professional footballer who plays as a forward for Ligue 1 club Rennes and the Belgium national team.

Doku was born in Belgium and is of Ghanaian descent(from the Greater Accra Region). Doku represented the Belgium U17s at the 2018 UEFA European Under-17 Championship.

Mason Will John Greenwood (born 1 October 2001) is an English professional footballer who plays as a forward for Premier League club Manchester United and the England national team.

Amad Diallo (born 11 July 2002) is an Ivorian professional footballer who plays as a winger for Premier League club Manchester United and the Ivory Coast national team.

Born in the Ivory Coast, Diallo moved to Italy as a child. He joined the Atalanta youth system in 2015, where he won two Campionato Primavera 1 titles. In 2019 he became the first player born in 2002 to score in the Serie A, on his professional debut for the senior team. In January 2021, Diallo joined English club Manchester United.

Diallo made his senior international debut for the Ivory Coast at the 2021 Africa Cup of Nations qualifiers.

For Nigerians in Germany, Jamal Musiala is a common name. The young player is a Nigerian-German English football player.

The Afro-German was born to a British-Nigerian father and a German mother.

He has represented England and at the U-17 level but has chosen to now represent Germany.

Born in France, Nianzou is of Ivorian descent. Nianzou is a current French youth international. He was part of French squad which reached semi-finals in 2019 UEFA European Under-17 Championship.

Musa Barrow is a Gambian professional footballer who plays as a forward for Serie A club Bologna, on loan from Atalanta, and the Gambia national team.

Youssoufa Moukoko is another Bundesliga-blooded star in the making. After plundering 127 goals for the BVB U17s and 19’s, the Cameroon-born forward wrote his name into the history books as the Bundesliga’s youngest player, a day after his 16th Birthday. 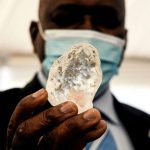 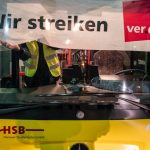