Doing business is always a challenge for hardworking entrepreneurs. It can however be less challenging if one is a good entrepreneur.

Bibusa Washington Wißemann, a successful Zambian entrepreneur in Germany says the first quality of a good entrepreneur is patience, followed by persistence.

“A good entrepreneur must be open minded but principled at the same time,” Bibusa says.

She reveals that many African entrepreneurs fail because once they make a breakthrough, they lose focus and most often do not reinvest. Many also give up whenever a deal fails.

Bibusa is the CEO for Kasuba Energy, a private business that provides renewable solutions for both private and public sectors. She is also the co-founder for B Preneur, a business that helps businesses form, grow and transform through strong networking.

She was born in Solwezi, Zambia where she did her high school studies before coming to Germany in 2005.

Bibusa’s desire to have a new pair of shoes marked the beginning of her entrepreneurial journey at the age of ten.

When her mother declined to buy for her the new pair of shoes, the young girl thought of making cupcakes to raise money and buy them for herself.

Her mother, who used to work in a hospital, taught Bibusa to make the cupcakes which they sold at the hospital canteen.

“My mother encouraged me to save and grow my business. It was relatively a very small business but it was enough to save up for my personally needs such as shoes and pocket money,” Bibusa says.

She still remembers the first time she got her day’s income. The feeling of an idea transforming into their family’s little extra income was awesome. “I knew I wanted to be a business woman,” Bibusa says.

She nowadays uses her first cupcake business as an example to show that one doesn’t need to have a pocket full of money to start a business.

“This has been my fall-back plan whenever I need money for a new project. Instead of starting big, I think of a project that requires minimal capital to raise the money needed for the big project,” she reveals.

RELATED ARTICLE: How a Kenyan lady moved from a newspaper distributor to a successful entrepreneur in Germany

Bibusa is a very determined person and a goal getter who strives hard to achieve the best results. She is convinced that being an entrepreneur is the best talent or gift God gave her.

“I have always known I wanted to be working for myself and building my empire,” she says.

Bibusa is an entrepreneur because she wants to be an inspiration to others and “of course to be a billionaire,” she says with a smile, then adds: “That comes with hard, hard, hard work and commitment.”

Bibusa lost her parents when she was 16 years old. “My mother’s office was on my way to school and I sometimes used to sit outside her office just hoping I would somehow hear her voice,” says Bibusa who had to sacrifice her studies in order to take care of her younger brothers. That sad experience greatly influenced her to be a keen business person.

She is now one of the most successful African entrepreneurs in Germany without a degree. Well, that’s just for now, since she will be obtaining her degree soon.

Bibusa holds that while education is important, one doesn’t necessarily need to be a graduate in order to be a successful entrepreneur.

“I personally had to self-educate myself on entrepreneurship. These days there are plenty of free online courses,” she says, explaining how she has improved her knowledge and skills.

Bibusa has read many books on how to start businesses and become a successful business person. Three years ago she even had to borrow books from a friend who had completed his MBA.

“I knew I needed to learn and so I got myself a business mentor. I believe everyone should have one,” she says.

While admitting that lack of access to finance can be a big obstacle, Bibusa is convinced that “having a good business model canvas makes it a whole game changer.”

She has a word of encouragement to Africans in Germany who would like to start businesses. “It is not easy to start a business in Europe but it is possible. Fortunately, people living in Europe have better chances of accessing finance through Angel investors or crowdfunding. There are also a lot of start-up events providing financial support. Your business pitch has to be lucrative though.”

To be a good entrepreneur, she adds, you just have to be brave! 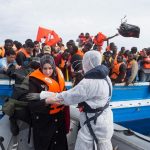 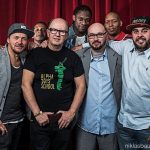