Home » AFRICANS IN GERMANY » Kenyans in Germany to pray for peaceful, free and fair elections

Kenyans in Germany to pray for peaceful, free and fair elections

Kenyans living in Germany will hold prayers for peaceful, free and fair elections in their home country. 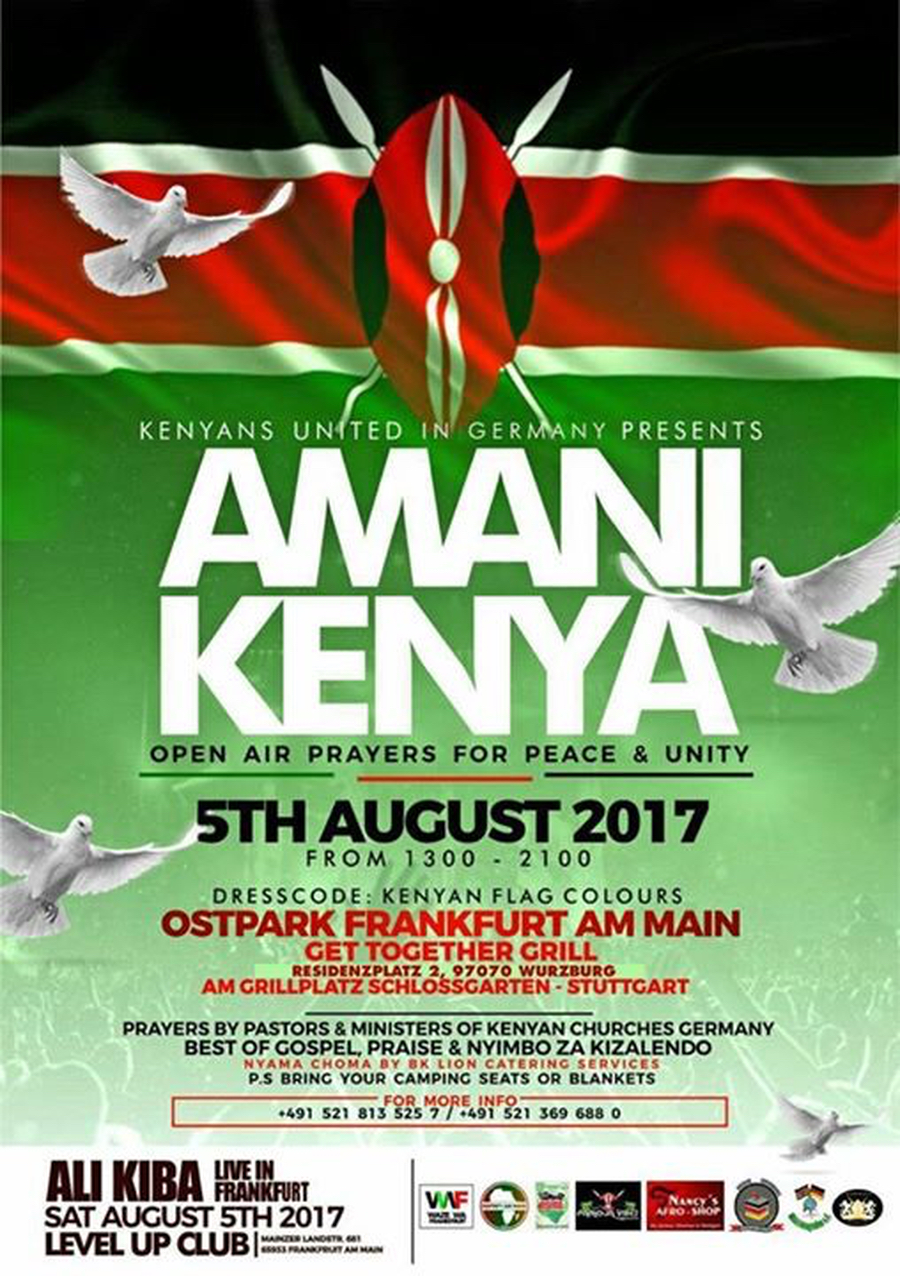 On 8th August 2017 Kenyans will go to polls to elect a president, MPs and Senators, and local politicians including county governors.

The two main rivals for the presidency are the incumbent Uhuru Kenyatta and Raila Odinga, Kenya’s former prime minister.

Unrest is always expected after general elections in Kenya. At least 1,000 people were killed and 600,000 displaced from their homes following the 2007 elections.

Organised by United Kenyans in Germany, prayers for peaceful elections in Kenya will be held in different German cities on the same day.

In Stuttgart, the prayers will be held at Am GRILLPLATZ SCHLOSSGARTEN, Würzburg; Residenzstr 2.

In Frankfurt am Main, the prayers will be held at OSTPARK.

The prayer services will be conducted by pastors and ministers of Kenyan churches in Germany.

After prayers Kenyan meals will be served.

Check the flyer for further details.