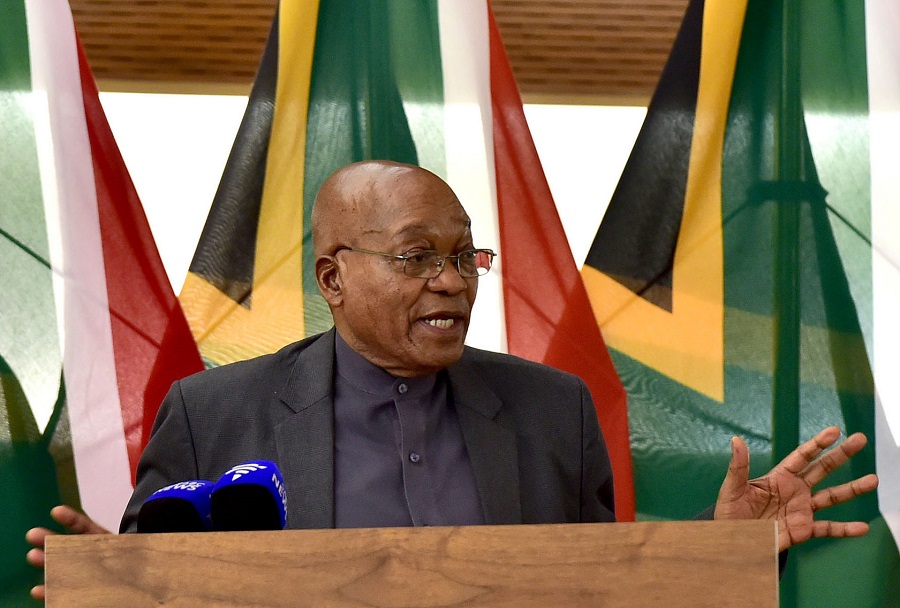 In a hard-hitting statement released on Tuesday, the NMF said it was time for those in power in South Africa to account for the crippling government as the wheels had begun to fall off the vehicle of the democratic state.

The NMF said it was “increasingly a national consensus” that Mr Zuma had failed the test of leadership and accountability.

For so many years, Mr Zuma has been dogged by allegations of corruption.

The NMF’s intervention came as Mr Zuma’s team moved to court to prevent the release of a report by former anti-corruption chief Thuli Madonsela.

The president is convinced that Ms Madonsela’s report is unlawful and should never be made public.

The report deals with complaints of improper and unethical conduct by the president and officials of state organs due to their alleged inappropriate relationship with members of the wealthy Gupta family, iol.co.za reported.

The NMF said the “legislative, business, and public service sectors” of South Africa were “severely affected, compromising the ability of the state to serve the people.”

It said that another wheel that risked rolling away was an accessible and well-functioning education system. “Schools, in our view, particularly those in townships and rural areas, have largely been captured to political interests and have deteriorated to unimaginable levels. And now universities are being brought to their knees as they lurch from crisis to crisis while a semblance of normality is enforced under what are effectively states of emergency. This is not sustainable for any education system. The potential collapse of universities will damage our democracy to its core,” the NMF said.

Observing that South Africans were speaking out and taking action to express their dissatisfaction with the government, the NMF said they supported “the demand to hold to account those responsible for compromising our democratic state and looting its resources.”

The organisation said it was painful “to bear witness to the wheels coming off the vehicle of our state.”

“We are reaping the results of a political trend of personalising matters of state around a single individual leader. This in a constitutional democracy is to be deplored,” the NMF said.

The organisation which is run by colleagues of South Africa’s first black president Nelson Mandela urged the African National Congress (ANC) “to take the steps necessary to ensure that the vehicle of state be protected and placed in safe and capable hands.”

It also supported the call for “a national convention of stakeholders to begin to reimagine South Africa’s future beyond the unsustainable stresses of the moment.”