VIDEO: Nigerian claims Guinness World Record by cycling 100km while balancing a ball on his head

Cambodia-based Nigeria football star, Harrison Chinedu is claiming a Guinness World Record for cycling 103 kilometres while balancing a ball on his head. 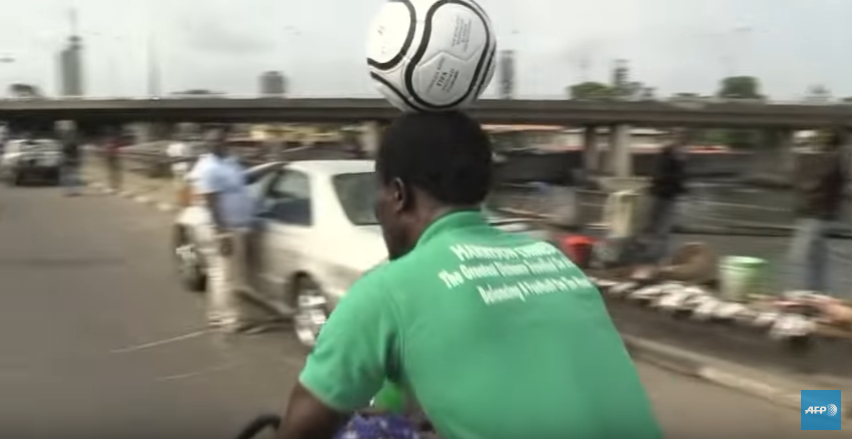 Chinedu rode his bike from Eleko beach to the National Stadium in Surulere, Lagos, (100km) on 20th November 2016.

As can be seen in the video below, he kept his cool despite all the distractions. He in fact managed to dodge potholes and street vendors without dropping the ball.

“This one is a record created by me and I am happy that I have done my own side,” he told AFP, adding that it was now upon the “Guinness World Records to ratify it and bring back the results.”

Chinedu earlier this year broke a World record by walking a distance of 48.04km under 7 hours, 15 minutes, with the ball on his head.