Pastor sprays insecticide on believers to “heal them”

A South African pastor is spraying insecticide into the faces of his congregants “to heal them”. 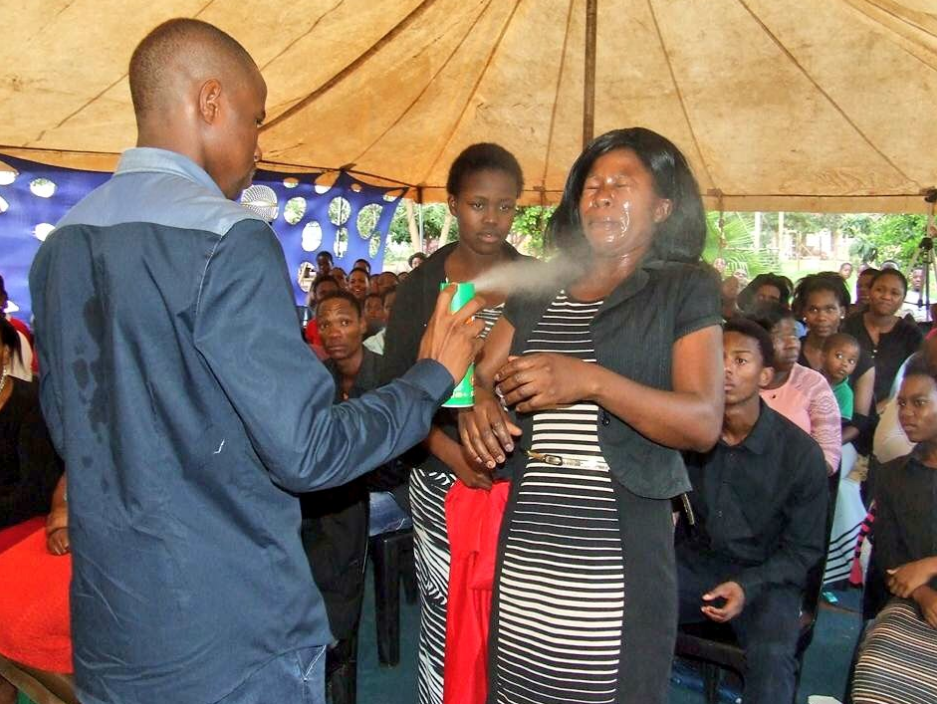 I find this very disturbing. A pastor from the MZGA congregation is spraying people with Doom insect repelant to heal them. pic.twitter.com/NEgJyE2AMj

Rabalago told the South African TV channel eNCA that God had told him to use Doom, and that he had healed countless people using it.

Tiger Brands spokesperson Nevashnee Naicker emphasised that it was “unsafe to spray Doom Super Multi-Insect Killer, or any other aerosol spray for that matter, into people’s faces”.

“Doom has been formulated to kill specific insects which are detailed on the cans, and the packaging has very clear instructions and health warnings for humans, which must be adhered to. Using this product for purposes other than what it is intended for poses health risks and is therefore dangerous,” said Naicker.

“If Doom Super Multi-Insect Killer is sprayed into your face,” she warned, “you need to wash your face and/or wash out your eyes immediately and avoid inhalation”.

Naicker added that they were contacting Rabalago to get him to stop these practices.

South Africa’s Commission for the Promotion and Protection of Cultural, Religious and Linguistic Communities (CRL) said Rabalago’s actions were both shocking but repugnant. “No one should be subjected to conditions that are detrimental to their health and wellbeing,” CRL said.

Commission chairperson Thoko Mkhwanazi-Xaluva said: “As a commission, we categorically state that no one should be subjected to conditions that are detrimental to their health and wellbeing.”

Rabalago’s actions have been strongly condemned by South Africans on the social media.