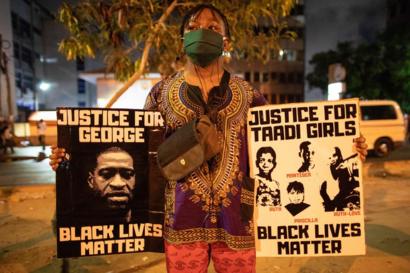 Police in Ghana fired warning shots to break up a rally vying for a stop to police brutality and arrested the leader. Ernesto Yeboah was charged with failing to obtain a police permit for the protest on Saturday and for breaking the rules on public gatherings. But his lawyer Francis-Xavier Sosu said the charges were “baseless”. More than 60 people attended the vigil in Accra, one of a wave of Black Lives Matter rallies across the world.

The rally was held in Ghana’s capital Accra on Saturday where protesters were also highlighting police brutality in the West African Country. The people chanted, ‘We are not free until we are all free.’ People on the streets held signs saying, Africa Must Unite, Black Lives Matter and also, Justice for George Floyd. During the rally, police made an entrance and joint police and military team forcibly dispersed the crowds and arrested Ernesto Yeboah. The rally was attended by 67 people in a state where gatherings of more than 100 people are allowed.

The rally was disbanded by police after the arrest of Mr. Yeboah but it was an unlawful act because the police were notified in advance. Police are required by law to secure a court injunction if they plan to stop or break up such a gathering, but they are not permitted to use force to do so. 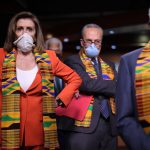 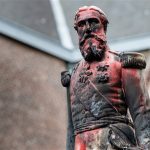