Germany has made great progress in dealing with the situation of refugees in the country, Chancellor Angela Merkel has said.

Defending her refugee policies as “coherent”, she said there was no need to change course and that she had not done so, DW reported.

“I do not see a change of course, but coherent work over many, many months,” Merkel told the “Sächsische Zeitung” newspaper.

“I have always been concerned with improving the protection of the EU’s external border and fighting the things that cause people to flee, thus bringing about a reduction in the number of refugees,” she said.

Ms Merkel said it was necessary to protect Europe’s outer borders if one wanted to remain liberal within Europe.

She added that Germany had worked on regulating the processes involved in coping with the arrival of refugees in the country.

“Our goal is to avoid a repetition of a situation like the one last year, and we have in fact made great progress in the past 12 months,” she said.

The chancellor said it was necessary to speed up the deportation of foreigners without residence permits.

“This has to be put into practice more rigorously,” she said. “And because we have a humanitarian responsibility toward those seeking protection in Europe from war and terrorism, we must agree on legal quotas to distribute them among EU member states,” Ms Merkel said.

Meanwhile the head of Germany’s Federal Office for Migration and Refugees (BAMF), Frank-Jürgen Weise, has called on EU states to give more assistance in taking in refugees. “All of them can’t come to Germany,” he told the “Nordwest-Zeitung”: “Europe must deal with this task together.” 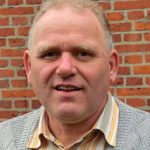 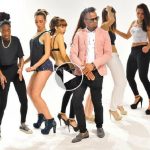