Germany’s Interior Ministry has signalled that the country could drop its open door refugee policy.

The ministry headed by Thomas de Maiziere, now wants the EU to send refugees intercepted in the Mediterranean back to Africa to seek asylum, the Welt am Sonntag newspaper reported.

“The elimination of the prospect of reaching the European coast could convince migrants to avoid embarking on the life-threatening and costly journey in the first place,” the paper quoted a ministry spokeswoman as saying.

“The goal must be to remove the basis for people-smuggling organisations and to save migrants from the life-threatening journey.”

According to the ministry’s proposal, migrants intercepted in the Mediterranean are to be sent to North African countries such as Tunisia or Egypt, and apply for asylum from there. Those whose applications are accepted could then be transported safely to Europe.

Chancellor Angela Merkel’s open-door policy for asylum seekers has been strongly criticized by the opposition and some of her party members.

The policy is believed to have made her party lose in regional elections.

Some members of her coalition want her to adopt a tougher stance on refugees in order to win back the confidence of voters.

The proposal closely reflects the Australia’s much-criticised border control system where refugees apply for asylum from the camps.

While there are no immediate plans to discuss the proposal at the EU level, it has already been strongly condemned by the German opposition politicians.

Bernd Riexinger, head of the leftist opposition Die Linke party, branded the idea “a humanitarian scandal and a further step toward elimination of the right to asylum”, express.co.uk reported.

He added: “The asylum check must take place in Germany, because the right to asylum also means the right to legal resources, that is, to lawyers, counseling centers, etc. The handling of refugees in Australia is absolutely unacceptable, and Germany and the EU must not be guided by it.”

It would be a big disappointment for Germany and the EU to implement such a cruel refugee policy.

Many countries in Europe have already adopted very tough refugee policies which have caused immense suffering to refugees.

Should Germany also make such a significant shift in its open door refugee policy, where would desperate people fleeing for their lives go to?

Adopting a tougher stance on refugees to win back the confidence of voters would be a disgrace. 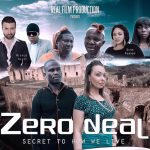 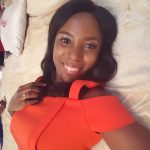