Asylum seekers will hold a demo in Düsseldorf against the new German integration law requiring them to return to the states in which they submitted their asylum applications.

The demo being organized by the Caravan for the rights of refugees and migrants, will be held on Saturday 19th November 2016 from 15:00 to 18:00 at Platz der Deutschen Einheit, 40213 Düsseldorf.

Under the new integration law approved last summer, all asylum seekers must remain in the state in which they submit their applications for asylum.

“The problem is that even though the law came into effect only in August 2016, it is supposed to be applied retrospectively until 1st of January 2016. We moved to North Rhine-Westphalia (NRW) when this law did not exist. Now we are supposed to leave NRW again,” say the asylum seekers in Düsseldorf.

They claim that some Jobcenters haven’t paid them their social benefits for months now.

The asylum seekers who fear being forced to leave their new homes say: “We have found an apartment here, we have found a school for our children, started a language course, reunited with our families after years of separation, started to live in our new neighborhoods and got to know new friends.

“All of this is supposed to be taken away from us now. The law threatens to tear our families apart and force us to return to those cities which we left because of racist attacks and social exclusion.”

The asylum seekers say they are not sure whether the cities they are supposed to return to will offer them accommodation and a second integration course. “We are to be sent into the unknown,” they say.

They point out that it is wrong to implement the residence restriction in a retroactive manner.

They are appealing to all to join them in demonstrating against the residence restriction. “Be in solidarity with us – join us,” they say. 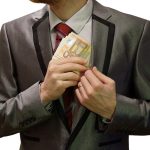 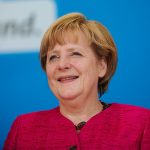