Police presence will be increased across Germany to protect mosques, railway stations, airports and other sensitive sites because of “very high” security threat from the far-right following the Hanau killings.

According to prosecutors, the suspected gunman who is now dead was “deeply racist”.

Muhammed B, a wounded survivor, described from his hospital bed how the gunman took careful aim at the victims in the Arena Bar & Cafe. “Everyone he saw, he just shot them straight in the head. He laid down, then he fired at all of us. I hid behind a wall, and as I was moving to hide he shot me in the arm,” he told a Turkish TV interviewer.

Nine people were killed in two shootings at hookah bars in the city. The suspected attacker was later found dead in his home next to his mother’s corpse.

All the shisha bar victims were of immigrant origin. The suspected attacker, a 43-year-old German named Tobias R was later found dead in his home next to his mother’s corpse. The authorities are treating the attack as an act of terrorism.

German Chancellor Angela Merkel condemned the “poison” of racism following the attack which has sent shockwaves through Germany.

Ms Merkel said: “Racism is a poison, hatred is a poison and this poison exists in our society and it is already to blame for far too many crimes.”

He added: “I condemn this act in the strongest possible terms. It is an attack on our free and peaceful society.” 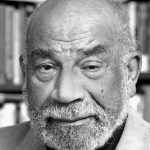 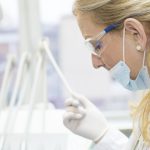