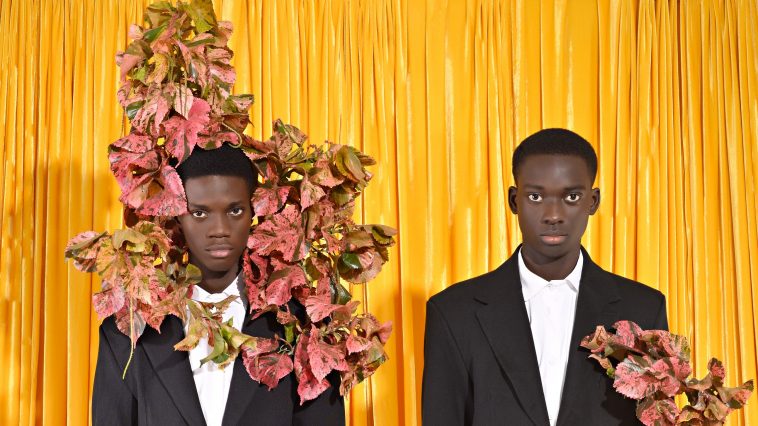 Tokyo James is a Nigerian-British Menswear Designer at the forefront of a new Generation of fashion talent emerging from Africa founded in 2015 by Iniye Tokyo James. Mr. James showcased his recent designs to the Men’s Fall collection 2021 bridging the gap between African designs and Eurocentric fashion.

Travelling between London and Lagos, with a base in menswear the Nigerian-British designer’s collections emphasise the use of traditional Saville Row tailoring whilst shattering traditions with unconventional Pantone and textile choices –– gaining James a fast-growing cult following globally.

The Nigerian-British designer Tokyo James has grown his collection despite the effects of pandemic to include more custom knits and woven materials as well as expanding his accessories range with bags and groovy hats that evoke a scotch bonnet pepper – Vogue Runway.

In Yoruba, the Scotch bonnet goes by the name ata rodo—and Tokyo James says he used it because it’s a staple of local diets that permeates global cuisine.

He called his latest collection Ogidi Okunrin meaning ‘the strong man’ in an effort to drive home the idea that masculinity doesn’t need to be all hard edges and the muted colours that is it often associated with.

His studio worked to create a knit that feels as sturdy as leather for tailoring, while simultaneously creating a faux leather buttery enough to be made into slim trousers and a modern cutaway vest. Black and brown suits are spliced, as in the opening looks, and inserted with silver chains used to evoke fringe.

The results are unquestionably elegant, the sort of garment men worldwide would line up to wear—and women too. With roomy-cut suits, second-skin lace-up tops, and a finale of sequin shirts and trousers, James shouldn’t be surprised if he starts getting orders from female customers who want in on his vision. below is his latest collection: 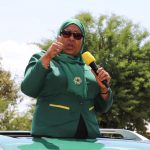 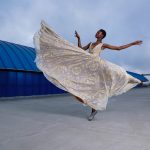