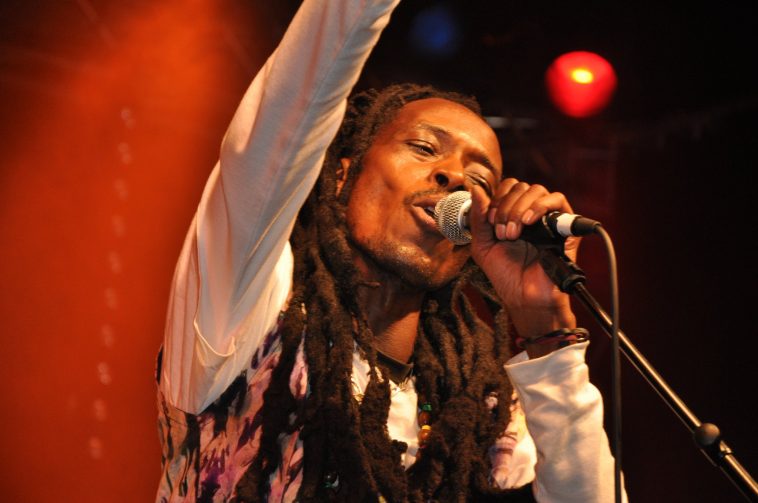 It is not easy for an African band to survive for long in a European country. One of the few bands to survive the storm is Ngoma Africa Band, a Tanzanian band based in Germany.

Kamanda Ras Makunja admits that it has been a tough journey. “Many promoters in Germany and in other European countries don’t like promoting African music. They instead prefer to promote Rock, Blues, Punk, etc. That makes it very difficult for us African musicians to find a chance of performing before large crowds,” he says.

Kamanda Ras Makunja however reveals that they’ve learnt to rely on their own efforts to promote and market their music. Due to the fact that they’ve survived against all odds, some people have nicknamed Ngoma Africa Band members “Strong Aliens” or Anti-Riot Squad.

The band’s main secret of success is to play authentic Rumba music and ensure that in each concert, all the fans dance right from the beginning to the end. Ngoma Africa Band has a unique and intelligent way of involving and interacting with fans during concerts. Both female and male dancers, dressed in Tanzanian traditional multi-coloured costumes do join the fans in the dance hall to give them a closer taste and look of the majestic Rumba moves as well as the vigorous sexy Soukous moves.

“Our fans are our bosses. We play the music they love and make them happy. And they in turn help promote the band,” says Kamanda Ras Makunja.

Ngoma Africa Band has composed songs on various themes such as love, corruption, press freedom and solidarity. It has also played a major role in fighting racism and promoting integration of Africans in Germany.

Kamanda Ras Makunja says racism is widespread in Germany, but the situation is not as bad as it was a few years ago.

“I’ll never accept to be a victim of racism. I will instead always fight for my right whenever I face racial discrimination,” Kamanda Ras Makunja says.

A few years ago Ngoma Africa Band held a nationwide tour to back the anti-racism campaign “We are One”.

“Music has the power to break down barriers and bring people together,” Kamanda Ras Makunja says.

He feels very happy when Germans and Africans take to the floor during their concerts. “Our concerts bring together people from all backgrounds just to have fan. That is our way of fighting racism and facilitating integration,” Kamanda Ras Makunja says with pride.

“We are working on our next CD to feed the souls and hearts of our fans with extraordinary and authentic African music,” Kamanda Ras Makunja says.

Click here to enjoy some of the hits by the Ngoma Africa Band.

RELATED ARTICLES:
TV Presenter Hadnet Tesfai reflects on being black in Germany and challenges she faces in her work