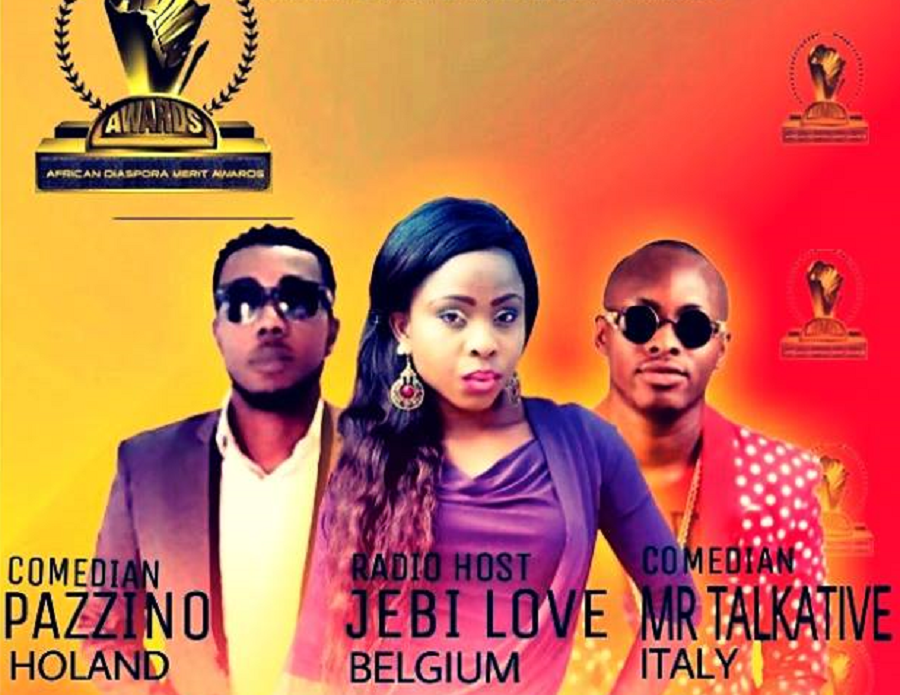 Africans in Europe who have excelled in different fields will be recognised at the African Diaspora Merits Awards (ADMA) ceremony in The Netherlands. 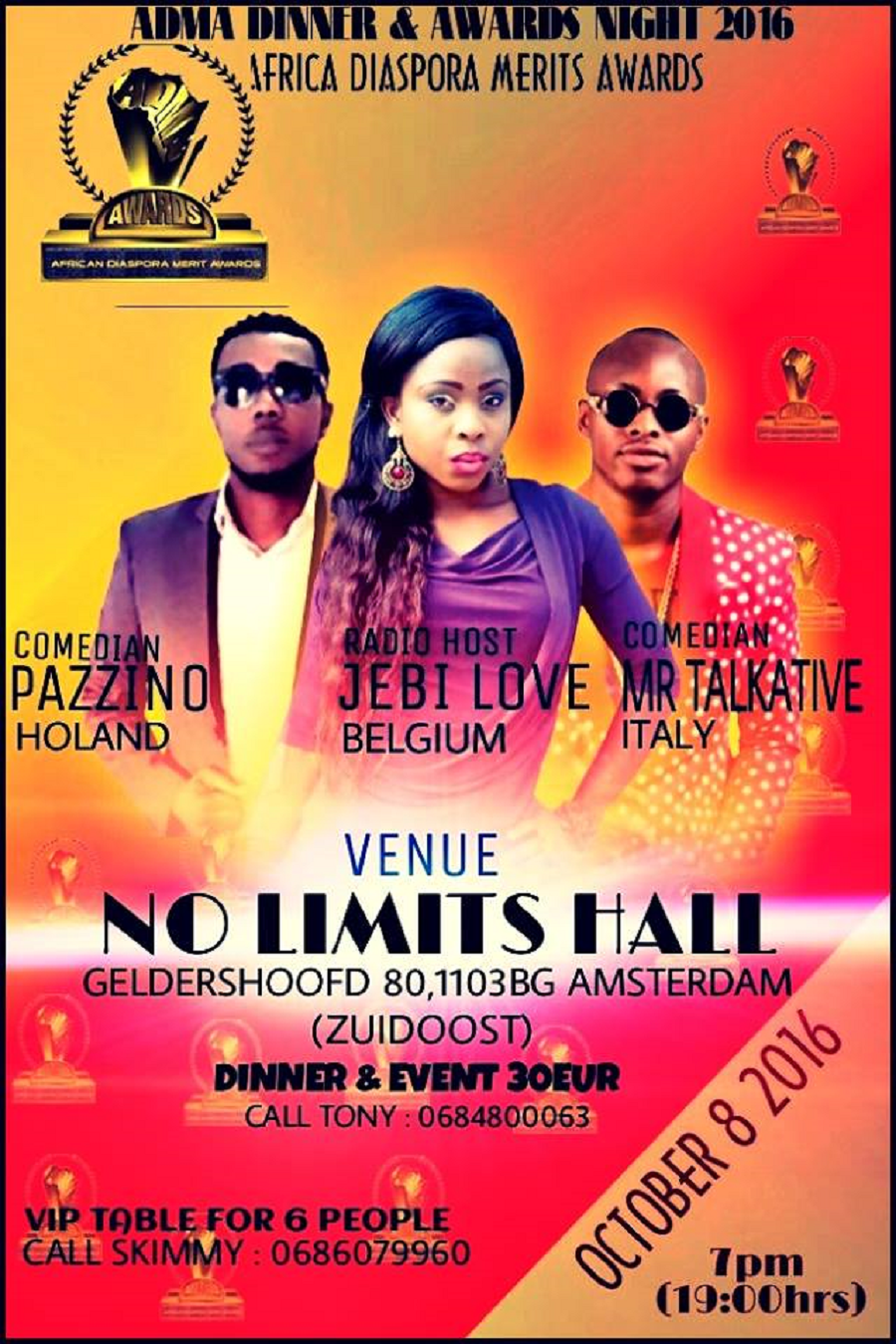 The ceremony bringing together the best African entertainers in Europe and other professionals, will be held on 8th October 2016 in Amsterdam.

ADMA was founded in 2012 by Leonard Ajayi-Odekhiran and Tony Dele Akinyemi with the aim of encouraging Africans abroad to succeed in their various endeavours and project a positive image of Africa in their host countries.

This year’s event will be held at No Limit Hall, Geldershoofd 80, 1103BG Amsterdam (Zuid-Oost). It will be hosted by Comedian Paz Zino from The Netherlands, Comedian Akpos Otaesirii from Italy and Radio host Jebi Love from Belgium.

The past winners of ADMA include Diana Tambe, (Best Fashion Designer 2013); Habiba Abubakar (Best Humanitarian 2013) and Don Velli (Best Video of The Year 2013).

Public online voting is still underway for those nominated in the entertainment category.