In the third wave of the coronavirus pandemic, individual doctors and politicians report a large number of African migrants flooding the intensive care units in Germany. We debate if these reports could be viable:

Chancellor Merkel has in the past reported that almost 3 per cent of intensive care beds remain empty as the country sets restrictions to make sure the amount does not fall below this level. This has been part of the drive in making sure people get vaccinated and observe restriction rules.

With most African migrants in Germany living in areas that are overcrowded where it becomes a task to adhere to restriction rules, it raises the question as to whether the beds are full of those with a migration background.

A great number of migrants have been observed. The ‘Bild’ newspaper quoted the head of the Robert Koch Institute Lothar Wieler as saying that there are significantly more than 50 percent migrants in the intensive care units.

The few cases reported do not serve as enough of a data source and this is because they fail to point out that data on migration background and mother-tongue are not collected in German hospitals.

What are the Socio-economic implications?

When looking at the fact from a Socio-economic point of view one has to take into account most Africans with a migrants background tend to occupy service jobs or low income wages and hence they do not have the option of working from home so they remain at risk of contracting the virus.

We wrote about about African asylum seekers facing reduced income under the speculation they lived in shared housing situations and hence did not have as much cost expenses. It was wrong .

In this light, low income equals higher risk of infection

Those earning little can not afford spacious apartments and in most cases live in shared housing or smaller quarters where there is no certain way to isolate oneself if a members becomes infected with corona.

But it’s not just about a higher risk of contracting Corona. “People with a lower socio-economic status are more likely to have certain pre-existing conditions, such as diabetes, obesity or cardiovascular diseases.

Does Germany have a comparable analysis?

Germany does not have comparable analyses of such so-called ‘individual data’ on the socio-economic background. This is because health insurance companies collect this individual data from the insured person but do not analyse them.

An exception is the AOK Scientific Institute (WIdO), which determined an increased risk for long-term unemployed people in the first wave of being treated in hospital for corona disease.

Are Migrants wiling to be vaccinated?

The lack of willingness to vaccinate stemmed from a fear of the effects of the virus on the body DNA/RNA , fertility and after effects. Various media reports that the false claim that the vaccination allegedly leads to infertility was circulating in migrant communities.

Others could attribute it to the language barrier given that most media was covered in English but BR24 published news and information about corona in different languages.

There is no data on whether more people with a migration background are in German intensive care units. An approximation is possible via the socio-economic status, which is lower on average for migrants.

Studies done in other hard hit areas support the claim that lower income leads to higher infections especially due to underlying diseases.

Most Africans in Germany have lower incomes and less education and live in smaller apartments in which they cannot isolate themselves and more often work in professions that do not allow home office working conditions. They are forced to be in contact with other people who might have the virus. 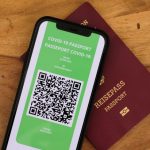 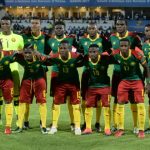