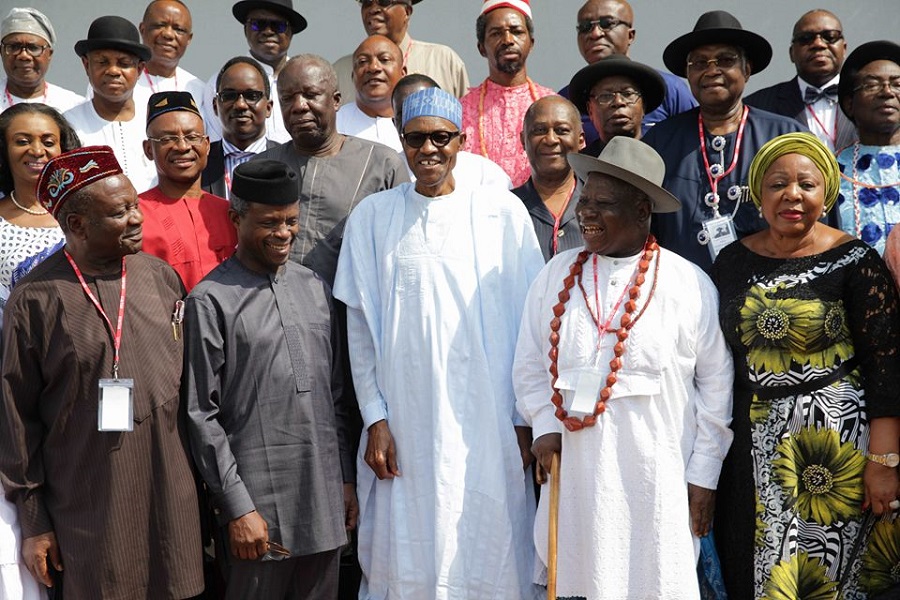 Nigeria’s President Muhamadu Buhari has appealed to leaders from the oil rich Niger Delta Region to end the militancy and the sabotage of oil infrastructure.

During a high-level meeting with leaders and other stakeholders at the State House in Abuja, Mr Buhari said peace, security, investment and prosperity were linked together.

“If we give peace a chance, investors will come here to invest. Nobody will invest in an insecure environment,” the president said.

He reminded the Niger Delta leaders that they had more to do than anyone else to bring peace to the region, given the influence they have on militant groups.

President Buhari said he was determined to deliver on his key campaign promises of securing the country, fighting corruption and creating jobs through the improvement of the economy.

“We are determined to make life comfortable and affordable to all Nigerians. If anybody has a country to go to, let him go, we will stay here and salvage our country,” he said.

The leaders and stakeholders of the Niger Delta Region led by Chief Edwin Clark, presented to President Buhari a 16-point request for negotiation.

The issues included, among others, the completion of major road projects in the region, the take-off of the maritime university, the full activation of ports in Niger Delta and other water ways and the relocation of international oil companies to the region.

The other issues included the issuance of oil blocks to the states and other stakeholders as well as the strengthening of the Niger Delta Development Commission (NDDC) and the Ministry of Niger Delta Affairs. They also called for fiscal federalism.

The president welcomed their request and said he was still expecting reports from officials he had instructed to review the implementation of the Amnesty program to determine where government went wrong.

“When I have these reports, including this one (just presented), we will revisit the situation (in the region) to ensure that we succeed this time,” President Buhari said.

He urged the leaders to help improve security in the country saying it was a necessary condition for attracting foreign investors.

“Let us create jobs for our people and let us be accountable to our people whether,” Mr Buhari said. “We should ensure that we rebuild this country. Nobody wants to fail. So, the only way out is, if people understand and believe that we are doing our best at all levels, then we will have some peace. But if they have reason to doubt our performance and sincerity, then we will have problems.”

The meeting between President Buhari and leaders of the Niger Delta seemingly wasn’t well received by some militants. Just a day after the meeting, a major oil pipeline was sabotaged. 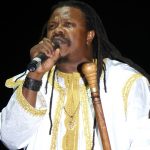