It is Nadia’s 9th single and the first track to be released from her forthcoming EP titled “African Popstar” produced by Alexis on the Beat while the video was directed by Deska Torres.

“Jipe” is an afro pop love song that revolves around an African couple expressing their love and telling off their exes that they have found a better partner.

The track which was released on 17th March has already had over 154k views on Youtube.

Nadia’s forthcoming EP is set to become one of the biggest EP’s in the Kenyan music industry based on the number of stars featured. Nadia has in fact described it as the “Biggest East African Collaboration.”

Meanwhile Nadia has dismissed claims that she was dating someone. “I find people putting my picture on their profile, putting me on their status, Instagram, Facebook saying I’m their girlfriend. Until I have posted someone don’t believe anything. Someone called me wifey and everyone was like, and I was like I don’t even like the guy” Nadia said.

Check out Nadia Mukami’s “Jipe” video below and share with us your reactions. 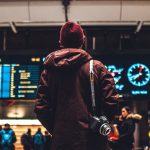 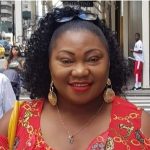