Nigerians in Germany: A German-based Nigerian man, Uguchi Unachukwu, was shot dead near Sam Mbakwe Airport during a search on his way to catch a fight back to Germany.

The News Agency of Nigeria reported that Uguchi Unachukwu was allegedly killed in front of his wife and two children by men dressed in military inform. (He was shot by a personnel of the 211 Regiment of the Nigerian Air Force).

The commissioner of Police in Imo, Nigeria Mr Abutu Yaro says the police have directed an in-depth investigation into the circumstances surrounding Mr. Uguchi Unachukwu.

In a statement signed by the command’s spokesman SP Bala Alkana, the police commissioner said that he would stop at nothing to get to the bottom of the incident.

He said that preliminary investigation revealed that the military personnel flagged down the vehicle of the deceased and told the driver to park for a search but the driver slowed down then suddenly took off.

The military personnel was suspicious of the intentions of the people in the car and made an effort to bring the car to a halt, but when the vehicle eventually stopped he told everyone to leave the car.

It was at this juncture that the female passenger, Mrs Ijeoma Unachukwu, pointed out that the man driving the vehicle was her husband, Uguchi Unachukwu, and the he had indeed been in a hurry to catch his flight.

The Nigerian based in Germany was rushed to hospital by the Air Force team for medical attention and the doctors tried to save his life by making efforts to stabilise him but he later died.

The police command in Imo has began investigating the case and the family and friends of the deceased have been assured that no stone will be left unturned in finding out the circumstanced surrounding the death.

Members of the public will be updated on the outcome of the investigation. 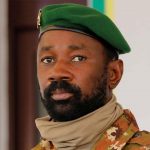