Google on the 10th of October dedicated the doodle to Anton Wilhelm Amo, a naturalised German Ghanaian philosopher. He was the first African student to attend a European university.

Born in Ghana in 1703 near the town of Axim on Africa’s Gold Coast (now Ghana)., Amo studied at the Wolfenbuttel Ritter-Akademie and at the University of Helmstedt thanks to the support of his patron, the German Duke Antonio Ulrico of Brunswick-Wolfenbüttel.

Though the circumstances of his relocation are unclear, Amo grew up in Amsterdam, where he was given the name Anton Wilhelm by the family he lived with. Amo began his university studies in 1727 and two years later completed his first dissertation: a legal and historical argument against European slavery.

At the age of thirty he devoted himself completely to philosophy and became a professor at the University of Halle and Jena. When the duke died, Amo was the subject of a campaign of denigration that forced him to flee from Germany.

Icon of the fight against racism, Anton Wilhelm Amo would have obtained the equivalent of a doctorate in philosophy at the University of Wittenberg on 10 October 1730.

Amo published work across a variety of disciplines from philosophy to psychology and established himself as a renowned Enlightenment thinker. He went on to teach at a number of German universities, and also found time to master seven languages during his lifetime.

An influential champion for the cause of abolition, Amo ultimately became embattled by racism and opposition to his beliefs. In 1747, he sailed back to present-day Ghana, where he remained for the rest of his life, joining his family, and died there in 1759.

In honor of Amo’s legacy, the Martin Luther University of Halle-Wittenberg erected a statue in his likeness in 1965. August 2020, Berlin announced plans to name a street after him in the city’s Mitte district. 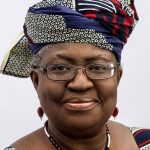 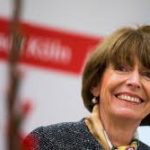