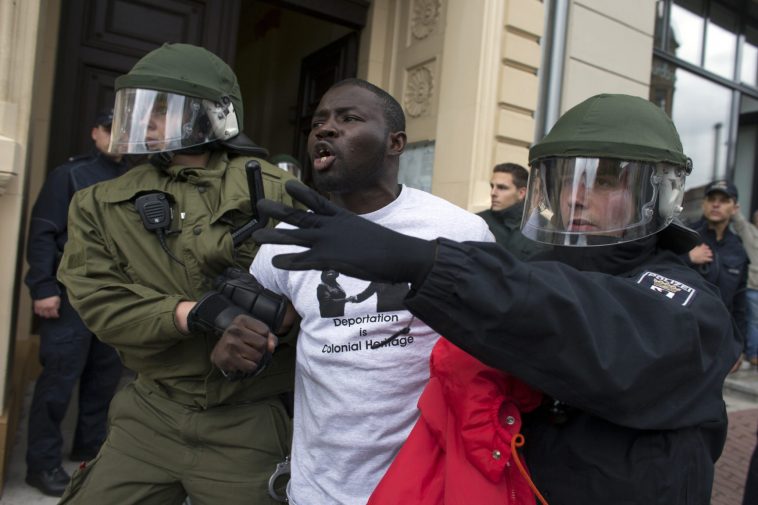 The returnees, who are all males, arrived Nigeria aboard a chartered aircraft belonging to Envelope Airline about 2.30pm.

The deportees were sent back to their home country for committing immigration-related offences, immigration sources said.

Many of the deportees were said to be confused and disoriented on their arrival as their relatives were not aware of their coming and hence nobody was at the airport to receive them.

A Nigerian interviewed in Leipzig, in the east of Germany, William Osaruyi, told the UK-based news site that he first entered Europe through the Italian island of Sardinia, via the dangerous Mediterranean crossing.

“I was sent from Sardinia to the Italian mainland and lived on the streets. There, an Italian man I met bought me a train ticket to Dusseldorf in Germany. He said: ‘Try it’. I thought it would be better,” he narrated.

Nigerian man in Germany being deported attacks policeman with knife

“I went straight to the German police to claim asylum, and they put me in the Leipzig camp and left me there.

“I was handed my deportation papers. Germany has given me nothing. All I do is hide. I left the camp so they couldn’t send me back and I slept on a friend’s floor.”

Explaining the reasons behind the extreme measure, a German police union chief, Jorg Radek, said recently that many of the deportees are in an ‘exceptional state emotionally’.

Despite Merkel’s acceptance of more than a million refugees in 2015, the EU has for over three years now, come together to sponsor different projects aimed at stopping massive migration to the economic bloc.

To stop people coming in through the Mediterranean, the EU has allegedly funded militia groups in Libya to serve as coastguards.

These guards, according to reports, now handle most of the rescue operations on the sea and return the survivors to detention camps, where they are made to wait in horror for an EU-sponsored Assisted Voluntary Return programme flight back to their homeland.

The AVR, which is handled by the International Organisation for Migration, tries to help returnees resettle in their home countries with small business capital. 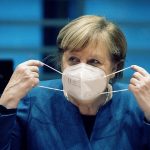 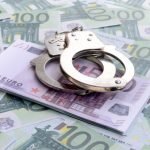