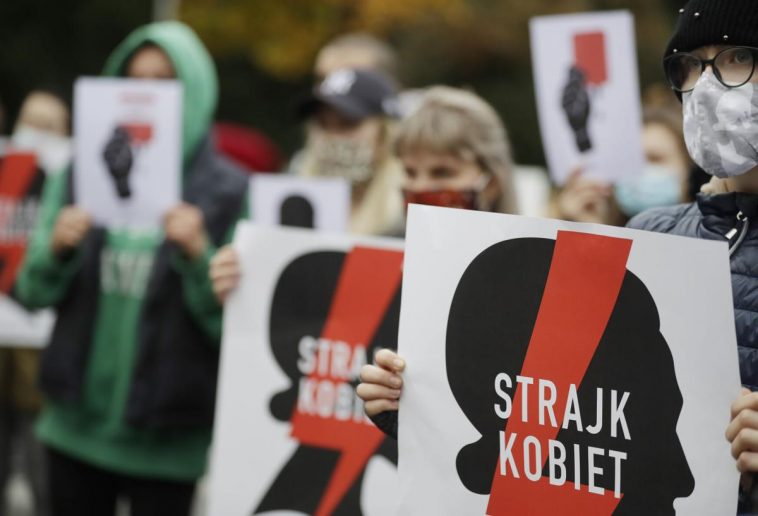 Women's strike in Germany for Poles fighting for rights.

Tuesday was the sixth day of protests against the ruling of the Constitutional Tribunal, which on Thursday ruled that abortion due to severe disability or disease of the fetus is unconstitutional. Demonstrations, “walks” and car blockades were organised all over Poland, coordinated by the Women’s Strike.

The media all over the world wrote about the events in Poland, and the Polish community in various countries, as a sign of solidarity with women in the country, organised demonstrations at diplomatic missions.

A protest was planned for Wednesday in front of the Embassy of the Republic of Poland in Berlin, organised by, among others, the Berlin Women’s Congress, and by Femini Berlin / Poland.

Tens of thousands of people, gathering in defiance of pandemic restrictions, vented their frustration about the abortion ruling and more broadly at perceived restrictions on their freedoms under the right-wing ruling party, Law and Justice.

Prime Minister Mateusz Morawiecki issued a statement on protests after the judgment of the Constitutional Tribunal on Tuesday. – These acts of aggression, barbarism, vandalism are absolutely unacceptable – he said. He assured that “All situations in which the life of a pregnant woman is in danger are not covered by this sentence” – and that “the record of the woman’s health is still there” – assured the head of government.

Expressions of solidarity with the postulates of the Women’s Strike abroad was carried out by Polish women and men in the USA, Canada, Sweden, Great Britain, the Czech Republic, Italy and Germany.

Poland, a mainly Catholic country, already had one of Europe’s most restrictive abortion laws. The ruling that declared it unconstitutional to terminate pregnancies for congenital defects amounts to a near-total ban.

Where pregnant immigrant girls in Germany can find help 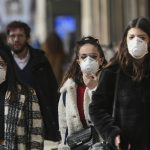 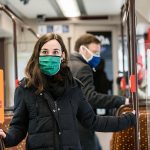