Health officials in Guinea are battling to contain the new Ebola outbreak with at least four people reported to have succumbed to the virus. This has raised concerns across Africa having suffered the worse from the virus said the Guardian.

By Monday morning, four victims were confirmed dead and four others were still receiving treatment in an isolation centre, suffering vomiting, diarrhea and bleeding.

“All measures are being taken to stem this epidemic as soon as possible,” Guinea’s health ministry said, declaring an outbreak of the virus last seen in the region in 2016 – at the end of a traumatic three-year outbreak, which infected more than 28,000 people and caused 11,000 deaths in West Africa.

So far, the epidemic has made its way from Guinea to Liberia, Sierra Leone and other countries in the region, prompting widespread prevention, treatment and surveillance in several countries. Health authorities in Guinea have immediately contained the outbreak in the country, and have already started an intensive test-and-trace campaign in Goueke and neighboring towns.

The World Health Organisation (WHO) has assured treatments and vaccinations developed in recent years were deployed in the country, and on standby to help fight the virus in neighboring countries.

“There is real concern and a challenge to maintain and reinforce Guinea’s health systems, but also there is a lot of reinforcement taking place and regional cooperation. On the ground, there are dozens of respondents already mobilized,” said Georges Ki-Zerbo, the head of the WHO mission in Guinea.

READ MORE: Coronavirus pandemic: When will it end? Lessons from Ebola virus in Liberia

Ki-Zerbo added that the possibility of an Ebola outbreak emerging as countries battle with COVID-19 was an important concern as resources were stretched.
“The alert and vigilance brought by COVID-19 should also help with Ebola, which is easier to detect,” he said.

However, the Ebola outbreak in the Democratic Republic of Congo (DRC), has caused alarm with the country battling to contain coronavirus and cases of conflict intensifying.

Regional official at the International Rescue Committee Kate Moger, described the Ebola cases as a disaster for communities in north DRC. “They have faced decades of violence by armed groups and have now, between Ebola and Covid-19, been faced with disease outbreaks for almost three straight years.”

Following the cases in Guinea, health officials in West Africa have expressed concern as well as confidence that a major outbreak can be averted. Such progress has been achieved by improving of health systems in small, low-income countries like Guinea in West Africa to fight virus outbreaks such as Ebola, Lassa fever, yellow fever and most recently Covid-19.

Doctor Heounohu Romello Hessou, senior official in the country’s COVID-19 response, who worked in Liberia during the Ebola outbreak, said appropriate measures had speedily been put into place since the first cases in Guinea. He said an intensive test-and-trace system was under way in nearby Liberian border towns.

“Ring vaccinations” were being implemented, where vaccines to prevent and treat Ebola, would be administered to all known contacts of those infected, he said, with the capacity for widespread testing available. 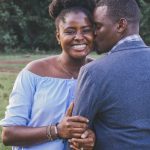 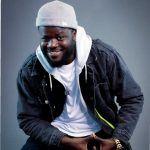